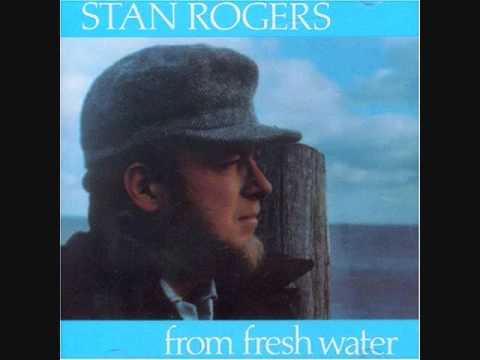 For my second installment, I continue with singer-songwriters, but move to Canada. Ever since I got introduced to his singing in the 1990s, Canadian bard Stan Rogers has been close to my heart. His deeply soulful voice, full of so many colors, and his lyrics, detailed and imaginative, never fail to move me.

By the time Stan Rogers came into my musical life, he had been dead for over a decade. He perished when he was returning home from performing and a fire broke out inside his plane during landing. He was 33 years old at the time, and already a Canadian folk legend.

Rogers’ songs often tell a very precise, seemingly isolated story, and its combination of individual detail and yet universal humanity makes for great storytelling. It would be hard for me to choose one of Stan’s songs, because I love so many. I will have to go with a “Song of the Day” plus a bonus track. The Song of the Day will be “Lock-Keeper”, from his 1984 album, From Fresh Water.  In a beautiful allegory, the eternal dichotomy of a performing artist will be familiar to many: the need to follow “the siren call” and the need to remain with the loved ones.

But I must also include a bonus track, one likewise telling an incredible story. I hope the battle call of “Mary Ellen Carter” resonates with you.