Since its first season, the NYFOS motto has been “No song is safe from us!” Manhattan-based pianists Michael Barrett and Steven Blier presented the very first concert season of New York Festival of Song in 1988. It was a series of intimate, original ensemble song programs consisting almost exclusively of rarely-heard songs of all kinds, “from Debussy to doo-wop, lieder to latin jazz, Josquin to just-written.” 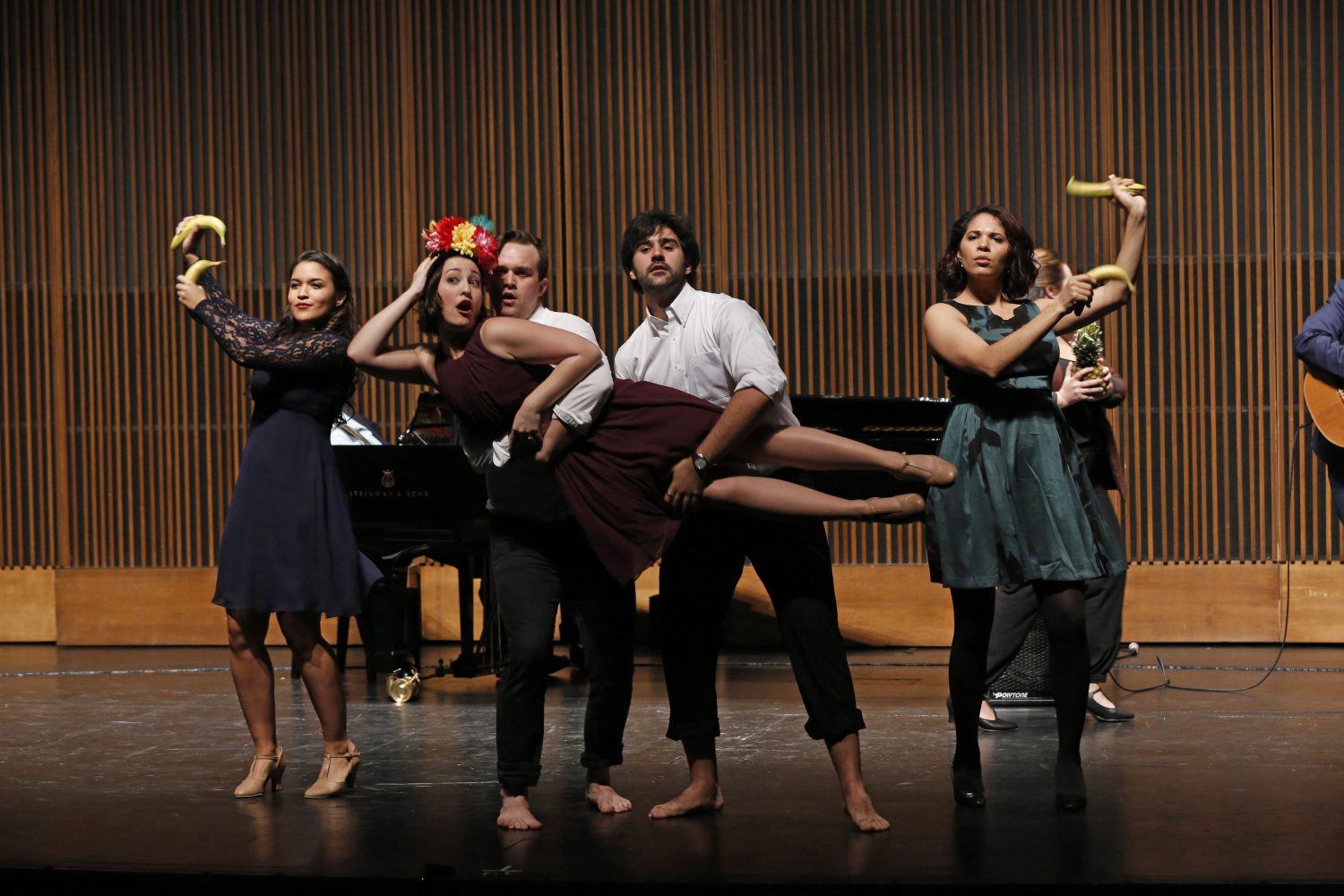 Each show was unified by a theme, constructed with a dramatic arc, and cast with superb vocal artists whose committed performances brought the songs to vivid life, with the directors as accompanists and animated narrators. This same dynamic model for seeking out unusual songs and sharing them with audiences continues to shape NYFOS’s concerts today, in ways that continue to delight and surprise listeners. Newsday has called NYFOS “the most reliably excellent musical organization in New York.”

Blier is the Artistic Director of the New York Festival of Song (NYFOS), which he co-founded in 1988 with Michael Barrett. Since the NYFOS’s inception, he has programmed, performed, translated and annotated more than 140 vocal recitals with repertoire spanning the entire range of American song, art song from Schubert to Szymanowski, and popular song from early vaudeville to Lennon-McCartney. NYFOS has also made in-depth explorations of music from Spain, Latin America, Scandinavia and Russia. New York Magazine gave NYFOS its award for Best Classical Programming, while Opera News proclaimed Blier “the coolest dude in town.”

Mr. Blier enjoys an eminent career as an accompanist and vocal coach. His recital partners have included Renée Fleming, Cecilia Bartoli, Samuel Ramey, Lorraine Hunt Lieberson, Susan Graham, Jessye Norman, and José van Dam, in venues ranging from Carnegie Hall to La Scala. He is also on the faculty of The Juilliard School and has been active in encouraging young recitalists at summer programs, including the Wolf Trap Opera Company, Santa Fe Opera, and the San Francisco Opera Center. Many of his former students, including Stephanie Blythe, Joseph Kaiser, Sasha Cooke, Paul Appleby, Dina Kuznetsova, Corinne Winters, and Kate Lindsey, have gone on to be valued recital colleagues and sought-after stars on the opera and concert stage.

“No group in the city presents a more scintillating program of songs than those offered in this valuable series.”
THE NEW YORKER

“One of the longstanding delights of New York’s music scene.”
THE NEW YORK TIMES

“A NYFOS concert is always a revelation and a joy to experience, with artists of the highest caliber, whether well-established or newly emerging.”
OPERA NEWS

“Narrative, language, distilled emotion, melody, the personality embedded in a single voice, and the intricate interlocking of the piano part all bond in a complex chemistry.”
NEW YORK MAGAZINE

“Evenings that can feel like dream dinner parties — the kind where a group of fascinating strangers come together to have wonderfully unexpected conversations.”
OPERA AMERICA

“One of the city’s most valuable and farsighted resources for the performance of song literature: classical, jazz, musical theater, pop and all the variations in-between.”
TIME OUT NY

“In the thirty years since its first concert at Greenwich House Music School, New York Festival of Song (NYFOS) has quietly revolutionized the song recital.”
“The result was an evening that felt like the cutting edge of experimental art song. In a word, it felt very ‘next.”
OPERA AMERICA

“That NYFOS recital was one of the best Bernstein concerts I’ve seen this year, and [Michael Barrett’s] Library of Congress performance was one of the others.”
“the insight that its polymathic and ever-engaging co-director Steven Blier brought…was illuminating.”
WASHINGTON POST

“NYFOS is celebrating itself by doing what it has been doing so well for the last 30 years–putting together wonderful programs of vocal music featuring young singers and coaching these singers to splendidly idiomatic performances.”
WASHINGTON CLASSICAL REVIEW

“While NYFOS retains its standing as a purveyor of American song, they have smartly expanded their umbrella with their NYFOS Next program through innovative and edgy artists like Sky-Pony. Rock on!”
MANHATTAN DIGEST

“an extraordinary enterprise with an exemplary mission: the celebration of the art of song in all of its melodic manifestations.”
HUFFINGTON POST

“Steven Blier is a national treasure when it comes to the art of song.”
THE NEW YORK TIMES

“Blier loves the thrill of musical discovery, loves to share his cleverly designed programs with his audience, which responds by hanging on every word of his savvy blend of erudition and plainspoken cool.”
“As usual, Blier introduced the songs from the stage, contextualizing them historically and often personally, with his disarming blend of knowledge, wit, and humility.”
OPERA NEWS

“Blier’s determination to serve the music is what hits you hardest at a concert. That commitment, not to mention his disarming manner when he introduces the songs, creates an intimate bond with an audience that really does deserve the overused word ‘special.’”
THE BALTIMORE SUN

”One of the most engaging collaborative pianists on the planet.”
SANTA FE NEW MEXICAN

On THE NEW NYFOS NEXT SERIES

“A series that makes a passionate case for the art song as a can’t-live without item on any civilized traveler’s packing list.”
THE NEW YORK TIMES

“The New York Festival of Song delves into art song’s future, with composers leading the way.”
THE WALL STREET JOURNAL

“Invaluable … a testament to the variety of ways composers today are treating the voice.”
THE NEW YORK TIMES

“The prestigious New York Festival of Song, which for several years has given contemporary composers room to run.”
THE NEW YORKER

“There’s no other event where you’re this close to the movers and shakers in modern music and performance.”
Q ON STAGE

“An essential series for anyone interested in the art of song.”
FEAST OF MUSIC

“Every detail was designed to give the evening seamless coherence, and you left the hall feeling enriched, enlightened, entertained and grateful for the experience.”
THE WASHINGTON POST

“A hotbed of intriguing selections and rising singers.”
THE NEW YORK TIMES

“NYFOS presents a new perspective not only on the art of the song, but on the life and influences of the people who write songs.”
CLASSICAL TV

“Sophisticated humor and self-revelatory philosophy that gave the evening a feeling of having been a gathering of friends.”
THE WASHINGTON POST

“You can always depend on NYFOS to serve up probing, provocative concerts filled with worthwhile music and outstanding singers.”
TIME OUT NY

“one of the most exciting groups making music in New York today.”
THE JEWISH DAILY FORWARD

“insightful and imaginative, touching and funny.”
THE NEW YORK TIMES

“An imaginatively programmed series of concerts that at their best are both pithy and enormous fun.”
OPERA NEWS

“Mr. Blier’s deliciously witty introductions sew the parts together so that playful Gershwin tunes, lofty Schumann songs and hot-blooded tango numbers emerge as complementary pleasures feeding the same addition to the human voice in all its variegated splendor.”
THE NEW YORK TIMES

“The festival may be the most reliably excellent musical organization in New York. What orchestra, ensemble or opera company can make every show so special.”
NEWSDAY

“NYFOS recitals are exactly what a musical evening should be — full of wonder, beauty and an intense sense of discovery. And, equally important, a source of great hope for the future of classical music.”
NEW YORK DAILY NEWS

“The ever-broadening scope of song recitals in Manhattan owes a great deal to the New York Festival of Song.”
OPERA NEWS 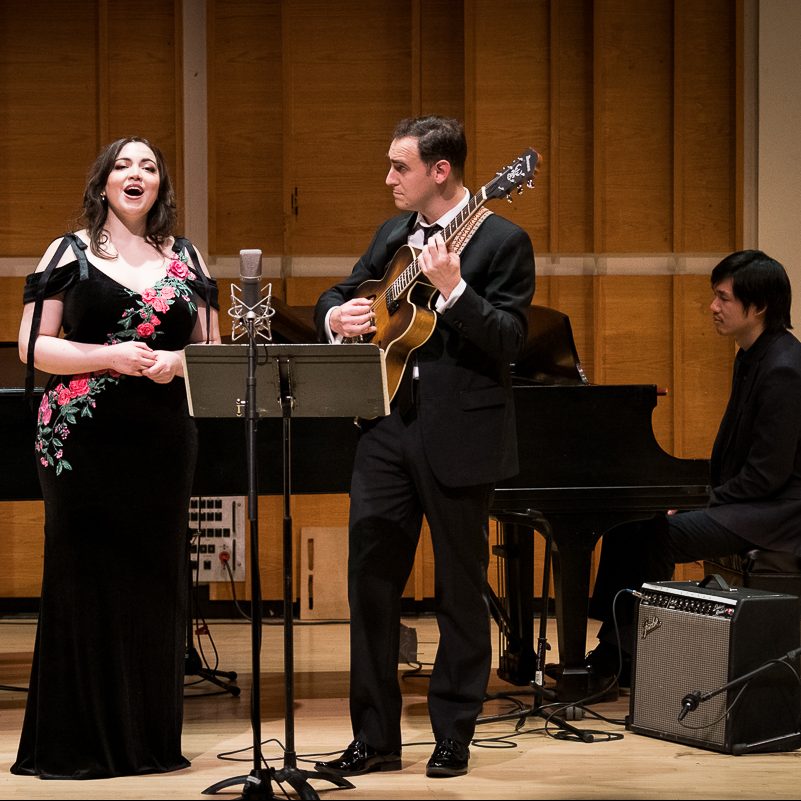