Song of the Day: March 1 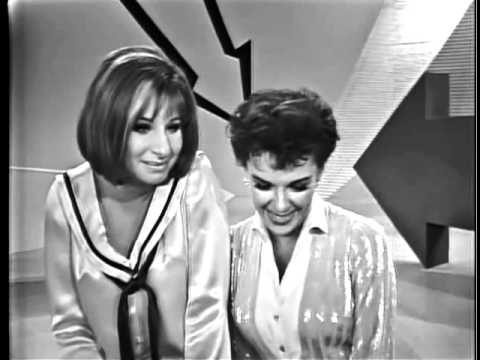 I was in love with Musical Theater in high school, and of course who doesn’t love Barbra Streisand? I remember seeing Yentl and being so moved by her performance and the tradition of the movie musical, which appeared so natural for her. I saw an interview where she was asked about performing with Judy Garland, and she went on to tell about her terrible nerves. She explains that Judy was holding her arm so tightly, as you can see during their performance, and how eye opening it was for her to see this icon of film and television as a real human being. That made this performance even more powerful to me – and I love a good mash up!
Both songs were written in 1930, coincidentally, and both became Hollywood hits. I also included the original 1930’s clip of Happy Days from the film Chasing Rainbows so that you can see how Barbra applied her signature smooth style to the song.
Happy Days Are Here Again/Get Happy (Arlen/Koehler)