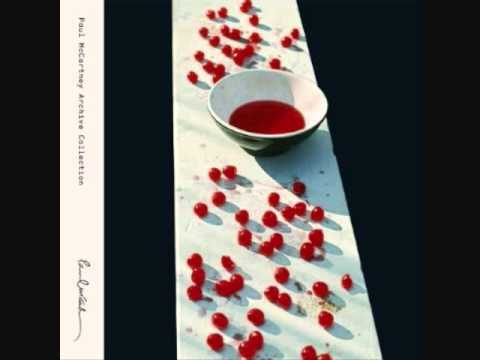 The song I have chosen for my submission is Junk from Paul McCartney’s 1970 self-titled album, McCartney. Originally considered for inclusion on the both The White Album and Abbey Road, this short and simple song features a sparse arrangement of acoustic and bass guitar, xylophone, and drums.

Written during Paul’s time with Maharishi Mahesh Yogi in India, the song relates the loneliness and isolation of relationships, and the pain, memories, and emotions held by the material possessions of those couples – now ‘junk’.

Buy, buy says the sign in the shop window
Why, why says the in junk the yard

Candlesticks, building bricks
Something old and new
Memories for you and me

Buy, buy says the sign in the shop window
Why, why says the in junk in the yard

Although I find myself struck with a great sense of sadness when listening to this song, I marvel at McCartney’s ability to imbue such human emotion into his depiction of otherwise mundane objects.

Paul McCartney’s great love for the song was such that he chose to include it not once, but twice on McCartney – once in the form discussed above and another on the B side as Singalong Junk. The arrangement of the latter differs greatly from Junk; removing the vocal entirely and replacing it with a piano melody, inserting a line for mellotron and featuring the drums more prominently.  In both cases, Paul said this about the song:

“[I] wonder about why we leave things that were a part of our lives and replace them with others, because at the same time we leave memories attached with those objects, in a real metaphysical way…”

As I age and continue to learn my craft, I recognize that there are facets to this song still left for me to discover. And the most excellent thing about a song you truly love is that it can never be thrown away.

In anticipation of our final NYFOS After Hours of the season next week, “Harry, Hoagy, and Harold,” we’ve asked our performers, young talents from the Juilliard School, to curate this week’s Song of the Day. Come out to see them at 10pm on Monday, May 2nd at HENRY’s Restaurant! Today’s entry is from tenor Gerard Schneider.