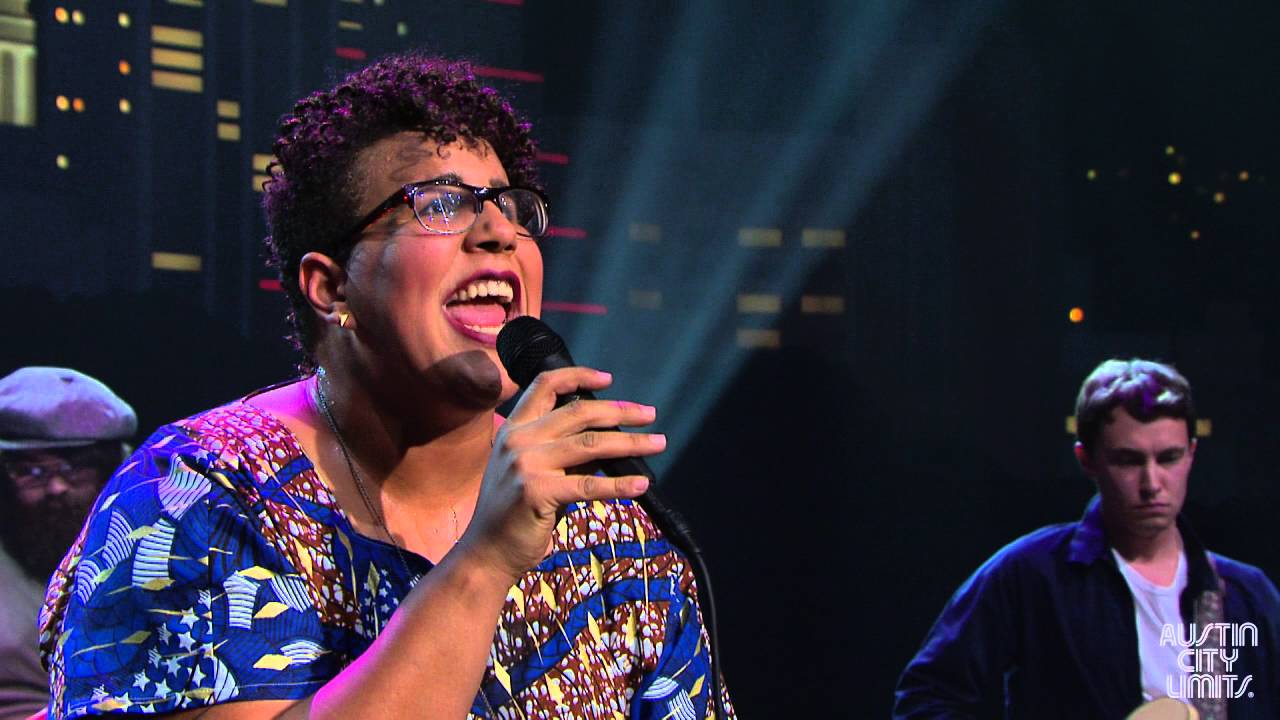 More so a performance of the day, rather than a song, “Joe” by the Alabama Shakes is a 3-minute earthquake of music making that I am absolutely honored to share with you all. This band has resonated with me for the past few months, quenching my alternative, bluesy rock thirst for the times when I want to momentarily step away from the classical and musical theatre worlds and seek inspiration elsewhere. Now, the music in and of itself is certainly special, but the thing about this performance that never fails to awaken my spirit is the dynamic lead vocalist, Brittany Howard.

The song begins calmly, with a soothing guitar line, a cool rhythmic tap on of the symbol and drum, an electronic piano harmoniously making itself known. Then you hear her voice. Androgynous in nature, almost in kinship with Nina Simone, her sound packs an incredible, velvety punch. You immediately understand that this woman has something important to say. Using traveling as a metaphor for hopping from bad relationship to bad relationship, Howard tells a classic unrequited love story in which the storyteller wants nothing more than for her love interest, Joe, to be hers and hers alone. She admits that she’s been all over the world and has experienced great success, but finds that without sharing it with Joe, she can’t be truly happy.

The lyrics are enough to pull at one’s heartstrings, but once you witness Howard’s soul bearing performance, you find that your jaw’s hit the floor and your emotions are pouring out onto the stage with her. It’s pretty darn easy to see why she was named Billboard’s 2015 Women in Music “Powerhouse” artist. The intensity she brings to the stage, while simultaneously maintaining finesse and class is my favorite thing about this woman. She can jive, scream, and twirl herself around the stage and then almost immediately lure you in with sweet and tender melodies. Press play and see what I mean! I hope this song gives you the inspiration it’s given me.

In anticipation of our final NYFOS After Hours of the season next week, “Harry, Hoagy, and Harold,” we’ve asked our performers, young talents from the Juilliard School, to curate this week’s Song of the Day. Come out to see them at 10pm on Monday, May 2nd at HENRY’s Restaurant! Today’s entry is from mezzo-soprano Kelsey Lauritano.