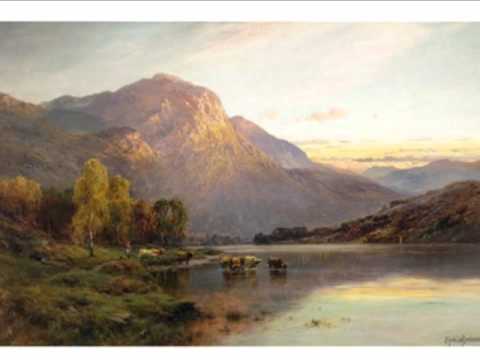 I am in a dilemma. I am doing a program about the British Isles at Juilliard on January 11. Later on in the year, I am doing a concert called Four Islands at Caramoor and Merkin Hall on March 12 and 14. The four islands in question are Madagascar, Cuba, Manhattan—and Ireland. So this beautiful Irish piece, Sir Granville Bantock’s “Song to the Seals,” will certainly be on one of them. I just have to decide where best to place it. This is the kind of thing that can keep me awake at night.

“Song to the Seals” is one of those simple tunes that can create a magical aura. Tenor Robert (“Bobby”) White turned me on to it and gave me the music. The first time I programmed it was just after Lorraine Hunt Lieberson died in 2006. It tells the story of a woman who sings with so much power and feeling that all the creatures of the ocean gather around to hear her. Lorraine was that kind of musical enchantress too, casting spell after spell with her voice.

When I collaborated with her in the 1990s, we would sometimes lock horns about musical interpretation. I always lost, and my ego would take a hit. But the last time I worked with her—at Caramoor in 2005—I finally realized the simple truth: this woman is a maga, a sorceress. And her spell must be followed to the letter, or the magic will not happen. You want time to stop, you want an unforgettable musical event? Do it her way. I finally had the wit and the maturity to check my ego at the door and take orders from her in a state of Zen-calm. A ritardando here, with an a tempo on the second half of the third beat of the fourth bar? Check. Poco accelerando here, but no crescendo till the end of the second system? Check. I called it the “Eye of Newt” Law, named after the witches casting their spell in “Macbeth”:  “Eye of newt, and toe of frog, wool of bat, and tongue of dog…” Mess up one ingredient, and you have a real mess on your hands.

Lorraine would have loved “Song to the Seals.” She could make difficult modern scores sound tuneful, she could plumb the depths of Bach. But she also cherished things that are simple and true. Whenever I perform this song, it is for Lorraine.

Here is John McCormack in a classic recording made when he was 51 years old.