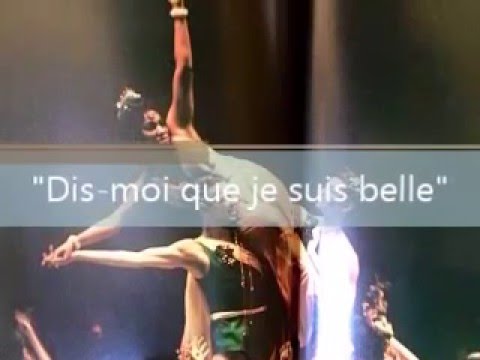 These days I find that I don’t venture out much to hear the standard operas at the Met. For one thing, I’ve been familiar with them since my pre-teen years, and their music is now so familiar to me that they have become like mantras or prayers, part of my ongoing inner soundtrack. And they have become part of my work life. Not only do I coach the arias from them on a weekly basis, but I also encounter those same excerpts in auditions with numbing frequency. Just as the public is settling in for the musical highlight they’ve been waiting for, I am squirming, subconsciously reaching for the the yellow legal pad I associate with those too-familiar war horses.

No surprise, then, that my two excursions to the Met this fall were for off-the-beaten path operas: Thomas Adès’ The Exterminating Angel and Jules Massenet’s Thaïs. The Adès piece, getting its American premiere, was absorbing, baffling, and bludgeoning. I dutifully bashed my head against it for its two-and-a-half-hour span, and felt I’d earned a glass of wine when I got home. My friends in the cast acquitted themselves well, and one of them even had a lengthy nude scene. Adès’ music sits insistently high in everyone’s voice, but apparently you also need to have a good bottom for certain roles.

Thaïs isn’t such a rarity, but I’ve missed it every time the Met has put it on. This time I vowed not to let it slide away from me. The opera is also famous for a nude scene—an impromptu one at its premiere in 1894, when soprano Sibyl Sanderson’s bodice somehow came unhooked in her Act I entrance scene. After treating the Paris audience to the sight of her naked torso, her career skyrocketed.

No nude scene in the Met production, which (alas) did not find other means to tell the story in a convincing way. The extreme awkwardness of the staging and the sets pretty much kneecapped Gerald Finley. As an actor, he was saddled with obstacles almost impossible for anyone to overcome, and he was still recovering from a bad cold that had made him cancel two performances. Ailyn Pérez, however, brought a voluptuous voice and physical beauty to the title role. Through her—and Emmanuel Villaume’s graceful baton—I could see what this hot-house flower of an opera might really amount to in a decent staging.

I offer you Thaïs’ Act II aria, “Dis-moi que je suis belle,” in which she implores her mirror to reassure her that she will always be young and beautiful. She prays to Venus, then she sings a big high D. You need a sensuous, soaring voice to make this music happen. Here’s the performance I grew up with—the glorious Leontyne Price in 1970. There are a couple of “oops” moments in her French pronunciation, particularly some unfortunate encounters with the vowel “u.” But the narcissism, the fear, the sensuality of Thaïs? Oh, man. Yes.