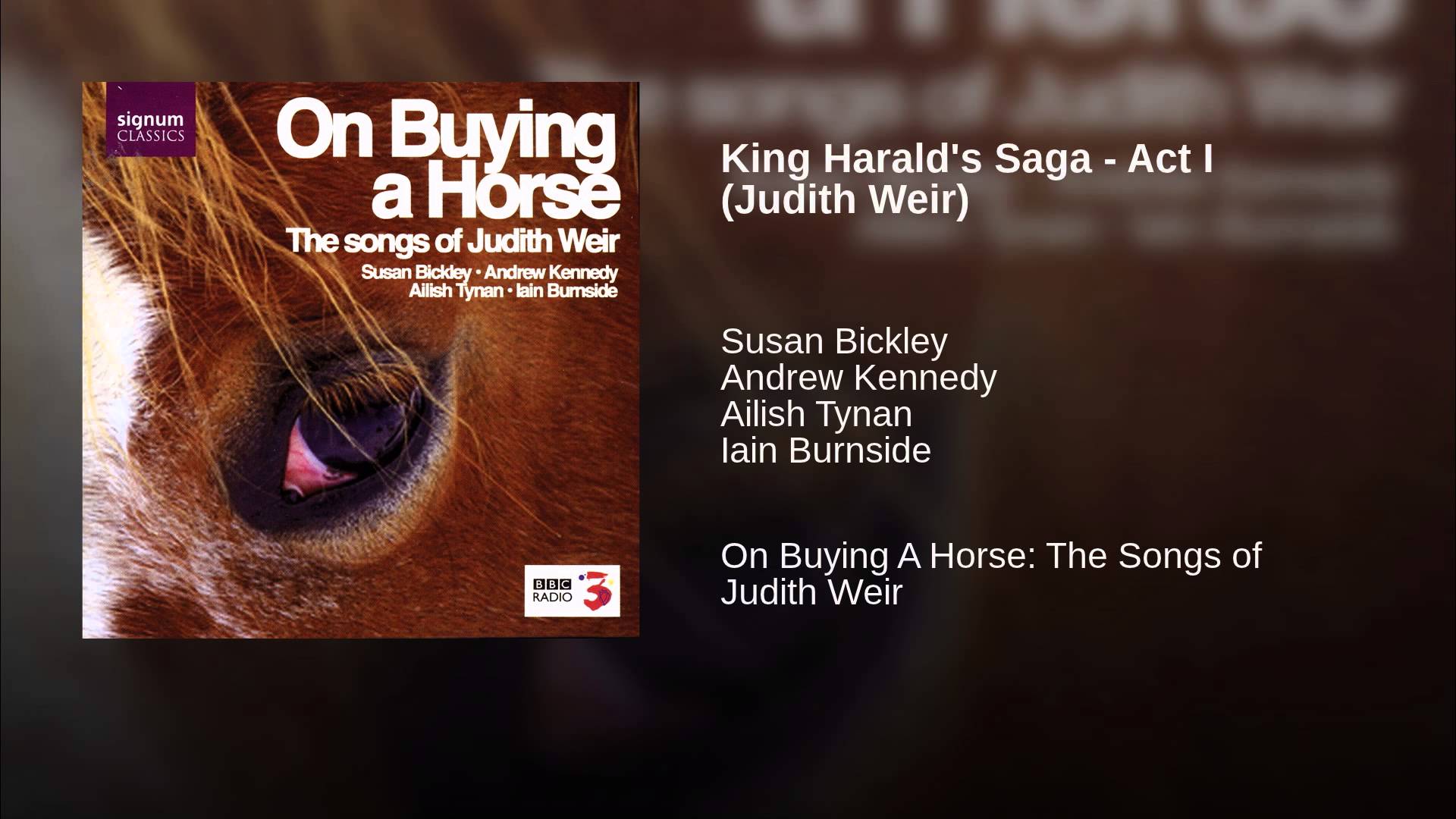 I was twenty-three and living in Cambridge, England. My new soprano friend Amanda Dean introduced me to the music of Judith Weir through a wonderful performance of her 1979 monodrama King Harald’s Saga. “Harald” is described as a grand opera in three acts with an overall duration of slightly under ten minutes. And it’s a monodrama in the purest sense, in that the solo soprano is unaccompanied by instruments.  Weir’s incisive blend of wit and drama recreates the foolhardy expedition of a Norwegian king to conquer England. (He has his head handed to him, at the battle of Stamford Bridge, in 1066, a matter of weeks before the Normans defeated the Saxons at the battle of Hastings.) Eight roles are caricatured by the same singer, much as in the Ealing film Kind Hearts and Coronets the marvelous Alec Guinness plays eight heirs to a fortune, of both sexes and a variety of ages.  Here is Act I of the Weir, with Susan Bickley singing.

← Prev Post: Burke/Webster: Black Coffee Next Post: Theo Bleckmann: Duet for One →
Selected posts in the Song of the Day category