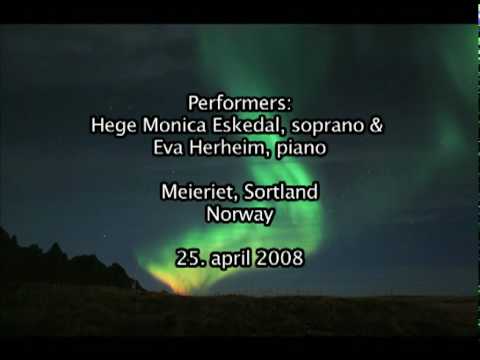 I first met John Corigliano 41 years ago over dinner at a restaurant in Greenwich Village. I was a rather shy young guy, and I was out with some very worldly people, all of them friends of long standing, and all of them about fifteen years my senior. I’m not sure I made much of an impression that night. John probably saw me as merely the current boy-toy of our mutual friend, which (unbeknownst to me) turned out to be an accurate reading of the situation. But my friendship with John skyrocketed when we met again in 1996. NYFOS had commissioned ten composers to write a composite companion piece for the Brahms Liebeslieder Waltzes. John had just begun his relationship with Mark Adamo, a love that has stood the test of time. His contribution was “Liebeslied,” a quartet with duo-piano accompaniment whose only lyric is “I love you.” At next month’s NYFOS@Juilliard concert, an 80th birthday tribute to John Corigliano and William Bolcom, “Liebeslied” will end the first half.

There is no video or sound clip of that piece for me to share today—you’ll just have to come to the concert to hear it. Instead let’s listen to a song from a cycle John wrote in 2000 for soprano Sylvia McNair: “Forever Young,” from “Mr. Tambourine Man.” Sylvia had asked for a substantial piece to sing at Carnegie Hall, and her only proviso was that the poet(s) be American. John came up with an ingenious idea: to reset seven of Bob Dylan’s lyrics as concert works for piano and voice. (He has since orchestrated them.) About this surprising choice, he wrote: “I had always heard, by reputation, of the high regard accorded the folk-ballad singer/songwriter Bob Dylan. But I was so engaged in developing my orchestral technique during the years when Dylan was heard by the rest of the world that I had never heard his songs. So I bought a collection of his texts, and found many of them to be every bit as beautiful and immediate as I had heard—and surprisingly well-suited to my own musical language.”

Here is the finale to the cycle, a beautiful re-imagining of “Forever Young,” composed by a man who responds perfectly to that description: my beloved friend John Corigliano, who seems as youthful today as when I met him back in the 1970s.

(a lovely performance from its Norway premiere in 2008: Hege Monica Eskedal, soprano and Eva Herheim, piano)