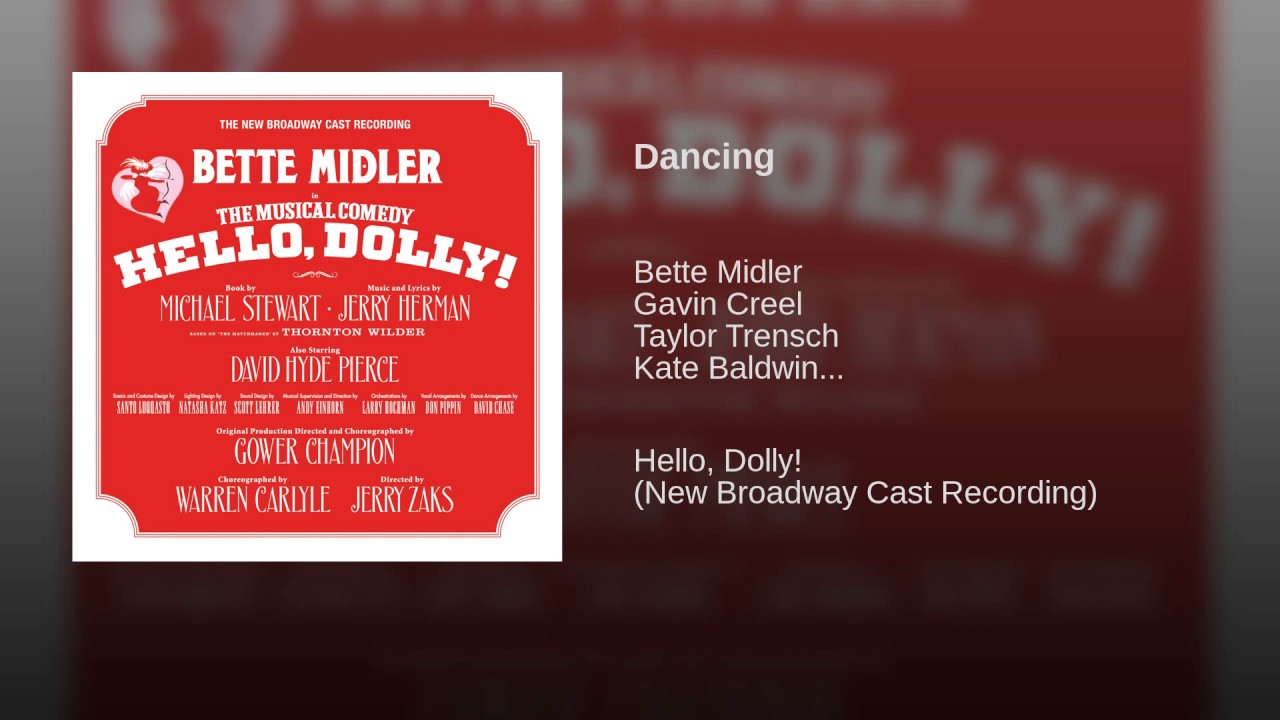 The last time I saw Hello, Dolly! I was twelve years old, and Carol Channing played Dolly. On the way out of the theater—no, it must have been later, at Sam Goody’s where its $4.95 price tag would have come down a whole dollar—my mother bought the original cast album for us. Well, for me. I was the obsessive music-listener in the house. I soon knew all the songs by heart.

It was fated for me to go to the current Broadway revival because I have become buddies with David Hyde Pierce. He sang the 2016 NYFOS benefit, an evening of Gilbert and Sullivan that will remain one of my most cherished concert experiences. David is not only a superb actor but a human being of tremendous kindness and intelligence. I wanted to catch his performance as Horace Vandergelder, which was sharp, stylish, and subtle. Bette Midler’s Dolly didn’t interest me as much, though the audience carried on as if they were seeing the Dalai Lama in drag.

There is a cliché I especially love in American musicals: the leading man or jeune premier who claims he cannot dance, but who finds, after a little instruction by a female character, that he is suddenly graceful, airborne, and free. Dolly has such a number, simply called “Dancing,” in which Dolly teaches Cornelius and his friend Barnaby how to dance. Gavin Creel, as Cornelius, did about forty seconds of faux-awkward (but really elegant) pratfalls before morphing into a first-class Broadway song-and-dance man. Watching this classic myth—the clumsy guy who can’t move suddenly leaping into the air with total confidence—gets to me on a primal level. I had a strange relationship to dancing when I was young, and as I began to lose mobility I shunned all environments where I might be expected to get up and shake my booty. Now that I am in a wheelchair, dancing is like the Promised Land, a kind of “next year in Jerusalem,” or more accurately, “next year at Arthur Murray.”

And when I saw this number on Broadway, as everyone around me laughed and applauded, I wept like a baby.