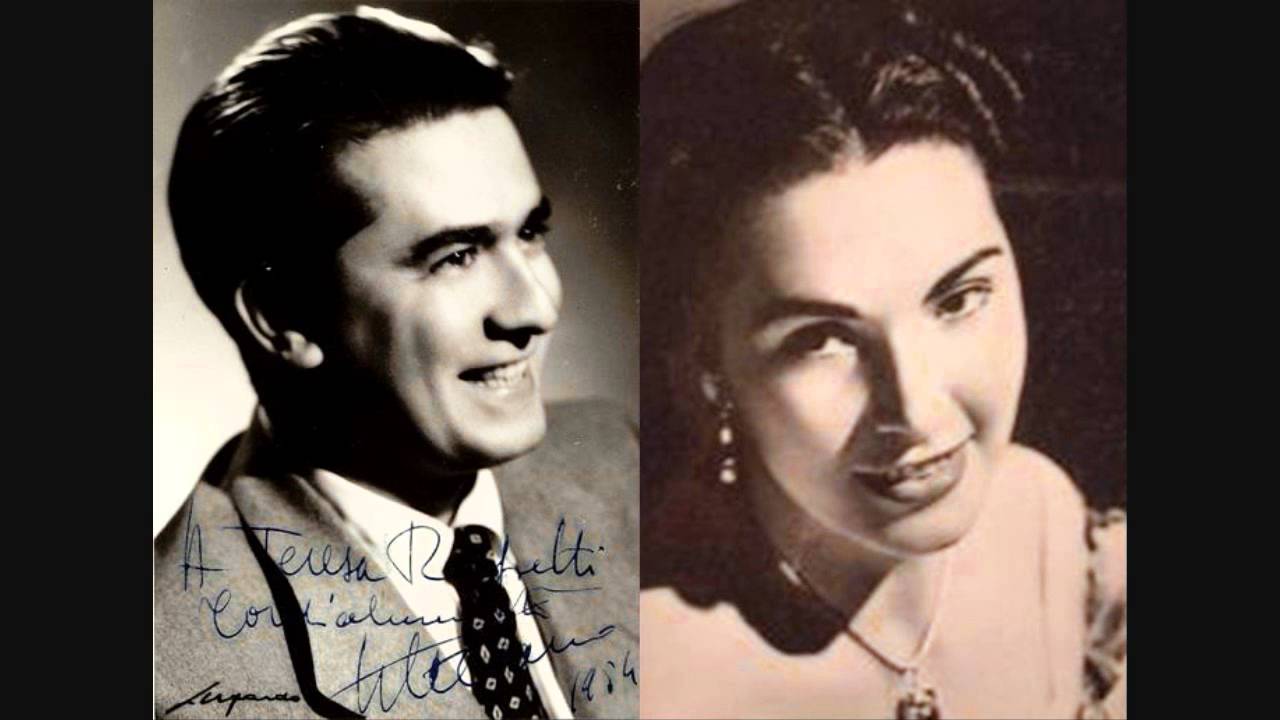 Today, I have chosen to write about the Act II love duet, ‘Oh, come al tuo sottile corpo s’aggira’, from Pietro Mascagni’s 1896 opera, Iris. In an opera full of truly beautiful music – the serenade, ‘Apri la tua finestra’, and ‘Inno al Sole’ as prime examples – this duet stands as a crowning achievement of both Mascagni’s genius and the verismo canon.

The story of Iris is indeed a strange one; the young lord Osaka stages a puppet-show with the help of a brothel-keeper in order to kidnap the eponymous heroine. Convincing Iris that she has been taken away to Yoshiwara, a land of paradise, Osaka tries to seduce her but fails to make her yield to his advances. Tired and annoyed by the simplicity of the girl, Osaka leaves her in the hands of Kyoto, the brothel- owner, who exposes her on a balcony of the brothel. There, she is found and cursed by her blind father, who knew nothing of the abduction and thought he had been abandoned by her. Overwhelmed by shame, Iris throws herself into an abyss.

Premiered a full six years before Puccini’s Madama Butterfly, Iris was a collaboration between Pietro Mascagni and Luigi Illica; the latter the famed librettist of Andrea Chenier, La Boheme, Tosca, and Madama Butterfly. In line with the fin-de- siecle fascination with the orient, Illica raised the idea of creating a work in the Japanese style as a response to Italian symbolism. Mascagni met the project ‘with great enthusiasm that had no equal’ and immersed himself in the Japanese harmonic style. This led to the inclusion of eastern percussion, including gongs, and use of the whole tone scale in the piece. This is further illustrated by the cyclical nature of the work, beginning and ending with the Inno al sole or Hymn to the Sun.

At first glance ‘Oh, come al tuo sottile corpo s’aggira’ can easily be dismissed a series of disjointed arias for tenor and soprano. It is on further inspection that the listener can identify the rich, overarching themes present throughout the duet, as well as Illica’s subtle and inventive usage of metaphor. An example of the latter is seen in Un di ero piccina, the point in the duet in which Iris becomes truly fearful or her captor when confronted by his desire to give her pleasure.  Iris describes a wooden screen she has seen in a Buddhist temple when she was a child, depicting an octopus coiling its tentacles around a young woman and pleasuring her, which later leads to her death. This episode is inspired by Hokusai’s 1814 woodcut relief, ‘The Dream of the Fisherman’s Wife’ off ‘Kinoe no Komatsu’, and foreshadows the final fate of Iris.

Once performed more often than Mascagni’s Cavalleria Rusticana, Iris has fallen largely out of favour. This is due in part to criticisms concerning the dark nature of the work and Illica’s depiction of Japan as a place of fantasy rather than the more authentic realization present in Butterfly. Desperate to avoid the classic melodrama of contemporaneous opera, Mascagni chose to utilize melodic invention and richness of instrumental details to enhance his desired sense of exoticism. This led to further criticisms that the work is not accessible and didn’t complement Mascagni’s existing compositions. Whether a listener chooses to agree with these opinions or not, there is no questions that Iris is an underestimated and oft overlooked masterpiece of the verismo repertoire.

Gerard will appear as Osaka in Mascagni’s “Iris” at the 2016 Bard Summerscape Festival, directed by James Darrah and conducted by Leon Botstein.

To celebrate our final NYFOS After Hours of the season, “Harry, Hoagy, and Harold,” which took place this Monday, May 2nd at Henry’s Restaurant, we asked our performers, young talents from the Juilliard School, to curate the Song of the Day blog. Today’s entry is from tenor Gerard Schneider.

← Prev Post: Sam Cooke and the Soul Stirrers: Come, Let Us Go Back to God Next Post: Carl Loewe: Erlkönig →
Selected posts in the Song of the Day category