A little over a year ago, transgender Americans were granted the right to serve openly as such in the U.S. Military. This was a decision that allowed an estimated 2,500 people the freedom to be themselves. Following the repeal of this decree four days ago, I felt it necessary to share just one more selection by Ted Hearne. He explains his project The Source, which saw its LA Opera premiere last year, below:

The Source is a modern-day oratorio, and a patchwork of songs based on American primary-source texts. The subject is Chelsea Manning, the US Army Private who infamously leaked hundreds of thousands of classified military documents to WikiLeaks in 2010.

The text, culled and arranged by librettist Mark Doten, sets Manning’s words and sections of the classified material known as the Iraq War Logs and the Afghan War Diary.

The music, like the text, draws from diverse sources. Auto-tuned recitatives, neo soul ballads, icy string trios and moments of cracked-out musical theater are peppered with (and sometimes structured around) samples that bridge sonic worlds.

The first movement of The Source:

1STB in the vicinity of Route Shark

An IED detonation was reported by C co 1-327 INF to Task force SPARTAN, in the Salah Ad Din Province, Ad Dawr, vicinity. 38S LD 8930 1490. 1st Platoon/Aco/1st STB was traveling north on Route Shark when an IED detonated on their convoy

The casualty has a suspected broken left foot, with no feeling
They are going to require Air Evacuation
Smoke when bird nears
Tiger Shark 57 has been pushed to support

Today’s selection comes from Ted Hearne’s 2015 composition Coloring Book. He describes the work as such: “I set the words of three great black American writers of different generations (Zora Neale Hurston, James Baldwin, Claudia Rankine) in texts dealing with identity, not because I could ever pretend to speak for them, but because I wanted to know: Could I better understand their words by speaking them in my own voice? Could I better understand my own perspective—my own identity, my whiteness, my relationship to racism—by appropriating the perspective of someone different? What are the boundaries that separate me from not-me? And what does it mean to hold myself apart?” Below is the text, a poem by Zora Neale Hurston.

This week has been a wonderful and necessary time for reflection in Orient, NY.

The past 7 months have been a challenging time for many of us as we have seen the people whose job it is to unite our country make one polarizing speech after another. We have begun to become numb to the warning signs that the bigotry that governed our society only decades ago is alive and well, acceptable even. The mounting frustration felt by those of us concerned about our future appeared to culminate 2 weeks ago in Charlottesville. Our president’s response to this, while predictable, was nonetheless shocking. In a search for understanding how people with the power to do good choose evil, I turned to music—particularly the music of Ted Hearne.

In this first selection, from his Katrina Ballads, Ted sets a transcription of Kanye West’s famous plea to the US government and the American people for understanding following Hurricane Katrina, ending by interrupting actor Mike Meyers to say in a live broadcast: “George Bush doesn’t care about black people.”

Song of the Day: February 10 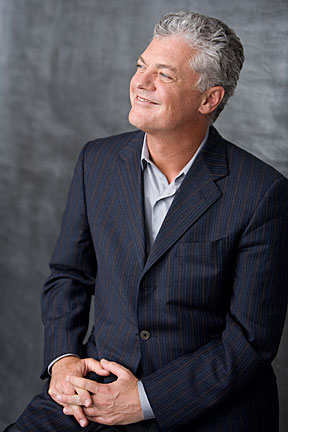 On Feb. 4, at NYFOS Next, composer Ted Hearne was on hand to sing two of his songs, “Intimacy and Resistance” and “Protection”. These songs have popular “easy rock” qualities on the surface. Their root position chords and steady pulse set you up for what you think will be a beautiful pop tune. While they are indeed beautiful, there is much more art and not much commercialism involved. Ted is a rhythm machine, and he is always subverting the potential easy going rhythms that your ears tell you lie ahead. In Protection, his direction for the performers is “Groove Avoidance”. Ted also has  a beautiful command of harmony which he uses to his advantage.

Along with being a fine singer, he is also an excellent conductor. I recently attended his performance with Room Full of Teeth in a new (and rather complicated) work. His excellent sense of time, and rhythmic clarity seem to be at the heart of his music making. Below  is “Protection” by Ted Hearne. Keep your eyes and ears open for his future work. He has the goods.

Be sure and attend or listen to the live stream on Feb. 11 for the next installment of our series.