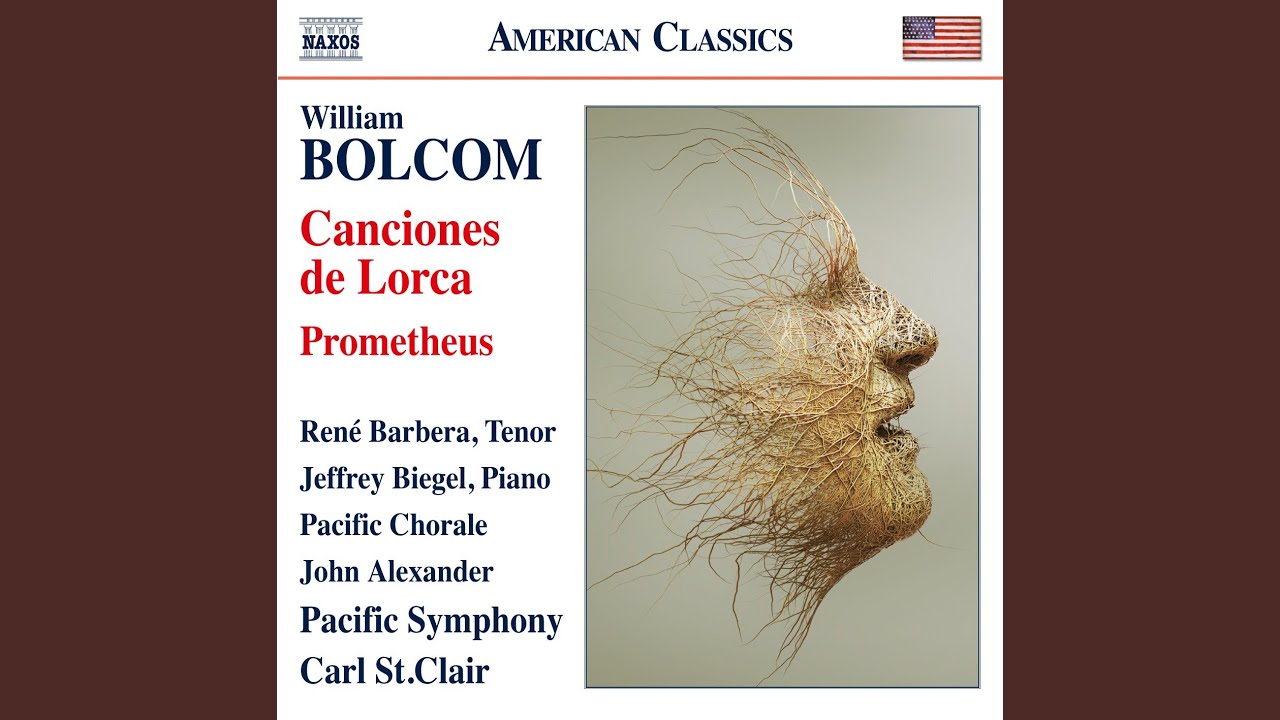 I faced a quandary when I was programming the April 24 Lorca concert. Though I try to avoid presenting songs I’ve done in recent concerts, I couldn’t find many suitable examples of cante jondo—the “deep song” of Andalusia that Lorca venerated. He disdained the word “flamenco,” which he called the “tourist version” of cante jondo. But for an American listener the two terms are roughly equivalent, especially in this day and age. Recordings of cante jondo are of course in plentiful supply. What’s almost impossible is finding songs in this style appropriate for the recital stage and classically trained singers. They aren’t built to replicate the sound of flamenco, which is as rough, wide-open, and unmediated as rock ’n’ roll—a scream of pain.

William Bolcom filled the bill when he set a Lorca poem, “Soneto de la dulce queja,” to the cadences of flamenco, complete with wild bravura vocal flourishes accompanied by an ostinato guitar pattern. Bolcom had written his nine-movement Lorca cycle at the request of tenor Plácido Domingo, who even picked out most of the poetry for the cycle. Said the composer, ““I spoke nothing but subway Spanish. But I studied, steeped myself in it. And I listened to flamenco, that raw, almost terrifying outpouring of soul. I heard the rhythm of flamenco in Lorca’s poetry. And that way the tunes inherent in the words began to emerge.” Bolcom had to jump through a few hoops with the Lorca family, who were aware that the poems were just about to move into public domain and wanted their final piece of the action. At the eleventh hour a wealthy donor stepped in and they were able to seal the deal.

Bolcom is rightfully proud of the way he was able to capture the essence of cante jondo. The magic of this song is the three-part nature of the score: a wailing, plaintive vocal line, a hangdog guitar lick rising and falling like the sigh of a man unhappily smitten with love, and the surrealistic chords in the orchestra—or, in our version, the duo-piano. Bolcom’s harmonies are so widely spaced that it takes two players to sound all the notes, and you don’t want to miss a single one of those opulent, sexy chords.

We’ve offered the “Soneto” twice before in recent years: with Theo Lebow in Letters from Spain, and with Matt Pearce and guitarist Jack Gulielmetti in our Bolcom/Corigliano tribute at Juilliard. Both sang it superbly. But this will be our first time with a Spanish-speaking singer, Efraín Solís, and I am very excited to see what he and guitarist Oren Fader bring to this magical piece of music.

Do not let me lose the marvel
Of your sculpted eyes, nor the light touch
That it places on my cheek at night,
The solitary rose of your breathing.

I have a fear of finding myself on this shore
A branchless tree-trunk; and what I fear more
Is not having the flower, pith, or clay
To feed the worm of my suffering.

If you are my hidden treasure,
If you are my cross and my tear-stained sadness,
If I am the dog and you the master,

Do not let me lose what I have won,
And embellish the branches of your river
With leaves of my maddened autumn.