Song of the Day: November 11 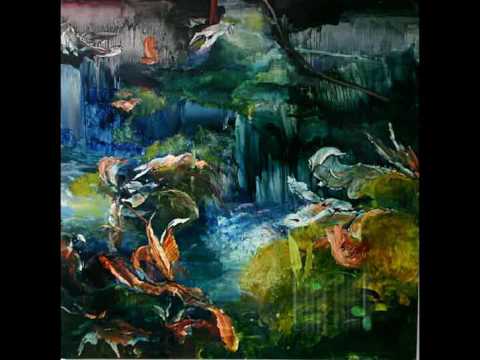 This week’s Song of the Day curator is composer and thereminist Dalit Warshaw! Dalit is also performed with NYFOS this week in our concert From Russia to Riverside Drive: Rachmaninoff and Friends.

The theremin vs. the ondes Martenot

Inevitably, during the course of my adventures as a thereminist, I am periodically asked about the ondes Martenot: if I can play it, if it is interchangeable with the theremin, and if it would be possible to play an ondes part on the theremin (usually when programming a work of Messiaen). Though the two instruments do converge in certain ways and can sound similar, they are very separate entities, and their repertoire is usually not interchangeable.

The sonority of the ondes does resemble that of the theremin in its eerie, ethereal affect so typical of early electronic instruments, and its capacity to depict broad melodic lines without the need for breath or bow change. (It is notable that the inventors of both instruments were amateur cellists!) It is said that Messiaen was initially intrigued by the timbre of the theremin, but that there were no notable theremin players in Paris at the time and the instrument was perceived as too technically unreliable, due to its hypersensitivity to its environment. Maurice Martenot invented his instrument, translated as the “waves of Martenot,” in 1928.

There are some notable distinctions between the two instruments. With the theremin, we listeners experience lyricism as the product of tension: a simple step-wise tune is in fact achieved by virtually reining in the pitches from a wilderness of ever-changeable frequency, a counter-intuitive way of both achieving and experiencing melodic line. It is precisely this tension that is so arresting. There is also versatility, as the air with which the performer interacts truly functions as a tabula rasa for all manners of microtonal possibility, timbral possibility, glissando (to both comical and eerie effect) and performance of standard Romantic instrumental and vocal fare, preferably lyrical and involving some well-placed interpretive portamento.

The ondes Martenot operates by an inverse principle, featuring a six-octave keyboard, played either through depressing keys or by sliding a metal ring worn on the right-hand index finger in front of it. This ring can also be slid from note to note to contrive a glissando. A glass control is operated by the left hand to manipulate dynamics and timbre. The keyboard, in addition to allowing for more pitch reliability, also enables faster rhythmic action with larger intervallic skips.

I would like to present two versions of the same work, Messiaen’s Feuillets Inedits for ondes Martenot and piano, published
posthumously by his wife, Yvonne Loriod ( a considerable performer of the ondes) in 2001. The first version is a performance on ondes Martenot by Yvonne’s sister Jeanne, the piano part played by Yvonne.

The second version is my own performance of the first two Feuillets Inedits on theremin, accompanied by pianist Melody Fader.