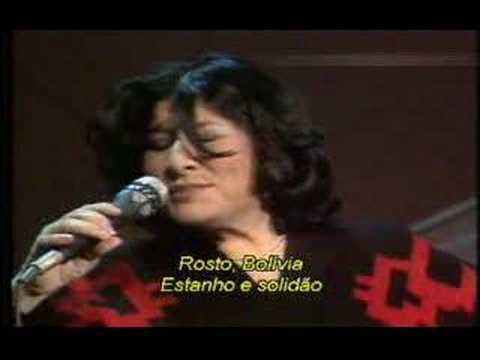 A final post from our 2015 NYFOS@NorthFork cast, then Song of the Day is on break until Labor Day. Here are some selections from baritone Dimitri Katotakis to enjoy in these last few weeks of summer!

When we were preparing the “Latin Lovers” concert, Steven and I stumbled upon a question that neither of us could answer. It came up in the song, “Abismo de sed” by Carlos Guastavino, set to a poem by Alma García. This is a powerful tune, the outcry of a soul in pain. The only thing that will assuage his torment: wine, and a woman. (Steve had featured the song in his Song-of-the-Day on June 19—right after he cast me in the show.) One possible reading was that this desire was purely epicurean, the selfishness of a sensualist. But we both felt that there was something more to the song, something that we were missing. One line, Steven thought, might hold the key. In the repeated chorus, the singer proclaims that he is from Tucumán, and we thought that this area might have had some sort of historical resonance for Argentineans. Perhaps he was a fugitive from a government purge in that province, and was on the run from the Fascist regime. We were excited to talk to Victor Torres about it—certainly he would know! But when we had the pleasure of Skyping with him in Argentina, he couldn’t explain it either. “Tucumán. Is a province.” “Yes, Victor, we know that…” “Ah…my father came from Tucumán…?” Interesting but not exactly useful.

But after the concert I did some research of my own and found a connection between Tucumán and a very intriguing part of the history of Latin American song: the musical/political movement called “Nueva canción.”

Nueva canción (“new song”) sprang up in the 1950s. It is a style of music that developed and spread across Latin America and the Caribbean combining folk music and other indigenous styles from the barrios. It used traditional instruments and had politicized and passionate lyrics. It was music of the people, spreading a message of justice and solidarity, seeking an end to prejudice, repression, and rampant imperialistic injustice. Nueva canción was popularized by singers like Pablo Milanes and Silvio Rodríguez, but I’d like to focus on one in particular, Mercedes Sosa (1935-2009).

Often referred to as ‘La Negra’ for her long, black hair, Sosa was an Argentinean singer who never defined herself as a political activist. But her songs delivered powerful messages of social justice and political struggle in metaphor and in tone. She had a dark, passionate contralto and she could command in her story-telling with a wide palette of colors, from insinuating sweetness to the powerful sobs and howls.

In ‘Canción con todos’ (“Song with everybody”), she sings “toda la sangue puede ser canción en el viento/canto conmigo, canta/ hermano americano,/libera tu esperanza con un grito en la voz…,” which translates to “All blood can be a song in the wind/ Sing with me, sing/ American brother/ Set free your hope with a cry in your voice,” a powerful call for others to join in the revolution.

Sosa became famous throughout Latin America for her rendition of “Gracias a la vida,” a song originally written by Violeta Parra, another pioneer of Nueva canción. It relays a message of a human experience that is universal across divides of class and race, implicitly political.

Though she never called herself an activist, Sosa was arrested and sent into exile in 1979, officially an enemy of the junta of Jorge Videla. This exile caused her great and lasting grief, but after Videla’s regime collapsed in 1982, she returned to give sold-out performances and her music was championed as the music of a new dream for Argentina.

What does this have to do with Tucumán, you might be thinking? Well, this political fighter, a champion to her people, was also from Tucumán, and many of her early albums are filled with songs of grief for her oppressed province and people. Maybe, the protagonist of Guastavino and García’s song experienced the oppression and opted to leave his home in search of a new life, rather than stay and fight.

It seems, at any rate, that Mercedes Sosa had other things to sing about than needing a stiff drink and a companion for the night, and if her music inspired change in the world, then we can all be glad for that too.

Below I’ve included links to some of my favorite Sosa recordings, as well as the songs referred to above.

-with a large, cheering crowd, later in her career:

Balderrama (a personal favorite, translation included in the video):

(this whole concert is absolutely worth listening to)