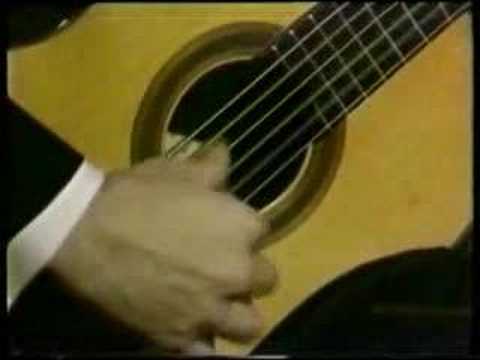 Of course I have to feature my #1 favorite singer, Teresa Berganza! Although she is absolutely stunning on any repertoire, when she sings Spanish music it is just perfection. One of the song cycles that I love the most (both to sing and to hear), one which Berganza performed better than anyone, is Manuel de Falla’s Siete canciones populares españolas. It’s a wonderfully diverse collection of songs, bringing together melodies and dance rhythms from all over Spain. There are vastly differing moods among them, but as a set they are strung together so perfectly. It’s hard to imagine one without all the rest of them. But I chose “Jota” because I just love the mood it conveys, and the rhythm with the triplets in the introduction always make me giddy. This upbeat lover’s serenade anchors the set as the middle song of the seven and is a lovely bit of brightness between the two slow, utterly breathtaking tunes that surround it.

This set was written for piano accompaniment but is also frequently done with guitar, which I’m particularly fond of on these pieces (though, to be fair, the original piano part quite successfully captures the feeling of a guitar). I’ve performed the set four times and so far only with guitar! I think “Jota” is particularly delightful in the guitar version.

I have a recording of Berganza singing these songs with guitarist Narciso Yepes which I adore, but I found this lovely video of her performing them with guitarist Gabriel Estrellas in a recital broadcast by the BBC in 1987 (gotta love the 80’s sleeves on that dress!). I’ve included a second video of her performing “Jota” with pianist Gerald Moore from 1960, when she was just 25, and as an added treat, that video contains the last three songs in the set as well.

I could listen to that easy, warm, pure voice of hers all day long. And watching her perform, with such an open expression and generosity of spirit that shines through, I’m always inspired. I hope you enjoy these as much as I do!