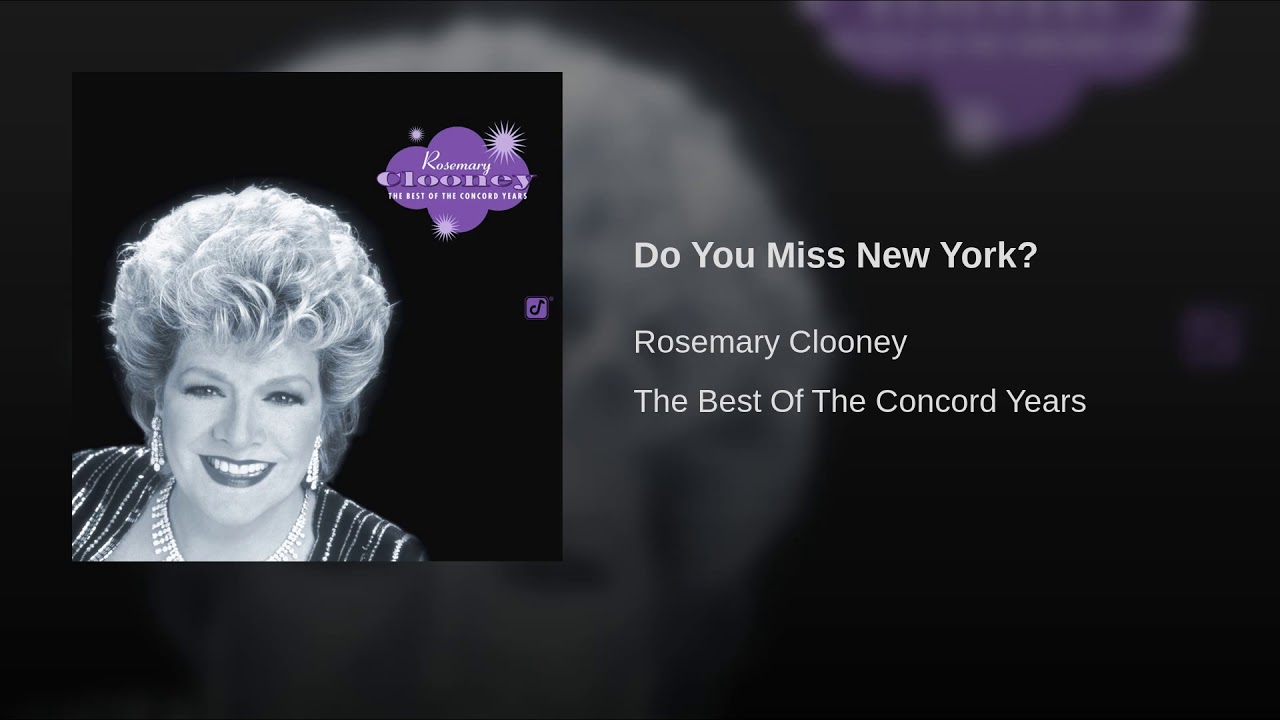 Hi NYFOS Blog readers and Happy Monday! I’m so thrilled to spend this week with you, and to share some songs that I love and hopefully you will too!

When you are tasked with coming up with “Songs of the day”, it’s a little like being asked “Which child is your favorite?”. I wouldn’t have an immediate answer, but probably several clarifying questions. Which genre? What mood am I in? For the first day, I then turned to my trusty iTunes library and was completely overwhelmed. So, I turned to the one singer who has never let me down, for some guidance: Rosemary Clooney.

I fell in love with Rosemary Clooney when I was 18. She had just passed away (I know. Not great timing on my part). To impress a girl I was keen on, I bought a two-disc set of Rosemary’s entitled “Songs of a Girl Singer” and spanned her entire career. Born in Kentucky, she first started singing on the radio with her sister Betty, and soon, they were touring with a big band as a duo. After her sister retired, she launched her solo career and signed with Columbia Records, where she recorded her first hits such as “Come on-a my house” and “Hey There”. Soon followed her feature film credits including the holiday favorite White Christmas. Her career went downhill in the 60’s and she had a mental collapse, which she would spend years recovering from. She started performing again in small clubs and jazz venues and then signed with the newly formed Concord Jazz Label. She toured and recorded with Concord for the rest of her life until she passed away in 2002.

I played that two-disc set over and over. I couldn’t get over her natural phrasing of words and. the way she could change the mood with a simple shift of dynamics. I would later learn that she never learned to read music and preferred to learn by just hearing it. She felt this gave her a more natural delivery of the text of the song. I seemed to favor the selections that recorded later in life on the Concord label. Her voice is a little more smoky, exciting and juicy to my ear. Here is my favorite tune from that collection, Dave Frishberg’s “Do You Miss New York?”.