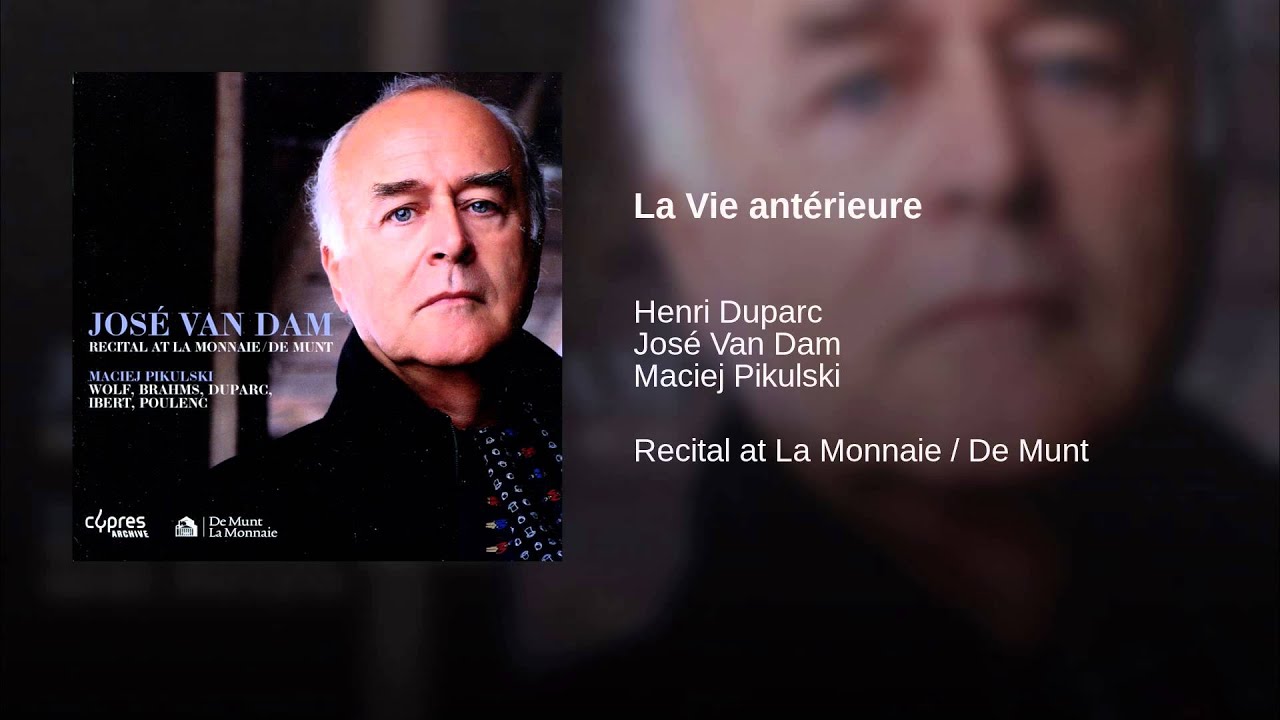 It’s Tuesday and for this blog entry, it’s Twos-day. That’s my way of saying I’m cheating a little and have selected two songs to focus on instead of one. They come from one of my favorite chanson composers, Henri Duparc.

Duparc was an interesting individual. Born and raised in Paris, he studied piano at the Jesuit college with Cesar Franck. Although Duparc was more interested in law, Franck could sense his innate musical talent and encouraged him by giving him scores of Bach and Beethoven to read. Soon he began composing himself and, during his early adult life, had a flourish of creativity, including the handful of songs he would be remembered. He was terrible self-critic, destroying most of his work. At 37, he was struck with a neurological disease and stopped composing all together.

“La Vie antérieure” and “L’invitation au voyage” are my favorites of Duparc’s compositions. Both are poems by Charles Baudelaire and complement each other. “La Vie antérieure” speaks of a past life, set in a picturesque grotto of sensuous delight. “L’invitation au voyage” speaks of future life, filled with order, beauty, and calm. I especially love a moment in the latter when Duparc chooses use change the accompaniment to large chords when the poem gets to “There, all is order and beauty.” I’ve always enjoyed pairing these two songs together in this order, where one remembers a beautiful, past life and then sings of trying to a new one, with hints of the old enjoyment.

← Prev Post: Rosemary Clooney sings "Do You Miss New York?" Next Post: Colin Hay: Waiting for My Real Life to Begin →
Selected posts in the Song of the Day category