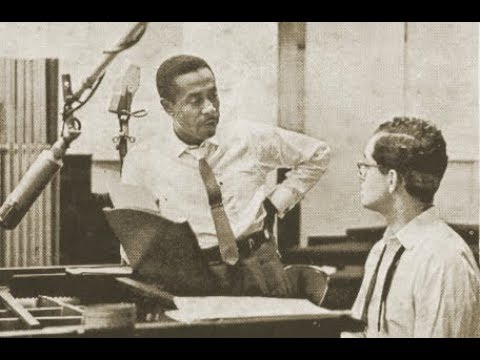 We revisit a week of Black American spirituals curated by Michael Barrett. This post originally ran on September 30, 2015.

In our brief survey of the Black American Spiritual this week, we’ve heard from Marian Anderson and Mahalia Jackson. Let’s hear now from Robert McFerrin Sr. from 1957. Yes, this is Bobby McFerrin’s Dad. Two years before this recording Mr. McFerrin became the first Black man to sing at the Met. Listening to this perfectly produced voice and razor clean diction reminds me of the tradition of many classically trained black singers. There is something dignified and pure in their declamation of the English language. I remember Virgil Thomson once telling me that the reason Four Saints In Three Acts had an all-black cast in 1937 had nothing to do with what I thought was a cool and subversive idea. “No.” he said. “Black singers just had the best diction, and that’s what I wanted”.