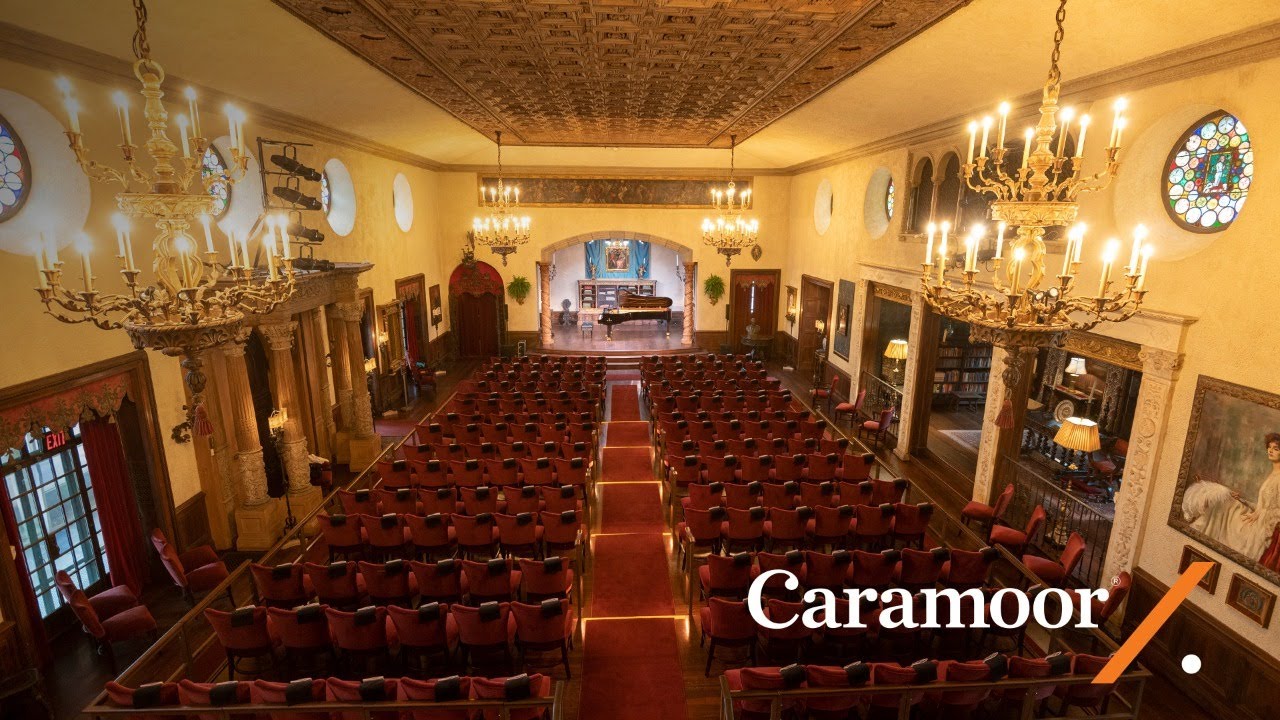 Today wasn’t just our dress rehearsal, it was our Dress Rehearsal. The concert at Caramoor usually feels like a final run before the New York show on Tuesday, but this year it’s different. For one thing, there is no New York show because of the #$%^#&@*@ corona virus. And there will be only a tiny, silent live audience tomorrow at Caramoor. But there will be cameras and microphones for a live stream, which we hope to show again Tuesday as a substitute for the Merkin Hall concert.

We decided to videotape the dress rehearsal as well, just to have a backup. And we got gussied up for it—hair, makeup, earrings, ties, suits, gowns, heels. It was a good exercise for us all: singers, pianists, and video guru, who needed to see the show onstage to get the cameras and sound right for tomorrow.

We had just one audience member today: Tim Coffey, Caramoor’s Artistic Planning Manager who has been a beneficent demi-god for us all week. Otherwise the hall was empty. But we performed as if the world were watching us. Most of it went great, but we all had a couple of nervous fumbles. I can always catch the singers when they have theirs, but there’s no one to catch me when I have mine—not even Shawn Chang, my guardian angel at the other piano. Sometimes I find myself onstage telling myself, “Release! Release!” and then getting so distracted by my Inner Zen Quest that I have my biggest screw-ups. Let’s just say that I was in the zone a lot of the time, and grateful for it. I took a major step forward, and the cast followed suit.

The presence of cameras brought out my vanity (you are permitted to do an eye-roll), so I decided I didn’t want to wear my reading glasses for the last few songs. Alas, that didn’t work out so well. I was not ready for the result—sharps that look like naturals, B’s that look like A’s, eighth-note rests that look like ink blots. I ended up doing a bit of “spontaneous composing” in a couple of numbers. I’ve learned to play wrong notes with celestial beauty, inspired by Algernon in Oscar Wilde’s “The Importance of Being Ernest”: “I don’t play accurately–any one can play accurately–but I play with wonderful expression.” That maxim has served me for almost half a century.

It hit me today what a privilege this week has been. Caramoor is a sequestered place of great beauty, even in this unflattering part of the year with neither snow nor greenery. The five artists I invited, the two guest teachers, and Michael Barrett have a common aspiration: clarity, expressiveness, beauty, and catharsis. We are like hunters after a single prey, the truth of a song. Every time Thomas West, Siena Miller, Elaine Daiber, Terrence Chin-Loy, and Shawn Chang claimed victory, the world became calmer, less toxic, less baffling. And they did so over and over again today. I am so grateful to them, to Caramoor, and to Eileen Schwab, the godmother of the Vocal Rising Stars program. I can’t always see this during the day, which fills up with real-life concerns like Catalan vowels, tempo discussions, acting intentions, and the occasional missed beat. But with the distance of a few hours I can see the bigger picture, and I feel blessed.

You can watch The Art of Pleasure live-streamed here on Caramoor’s YouTube channel at 3pm on Sunday, March 15 through Tuesday, March 17.