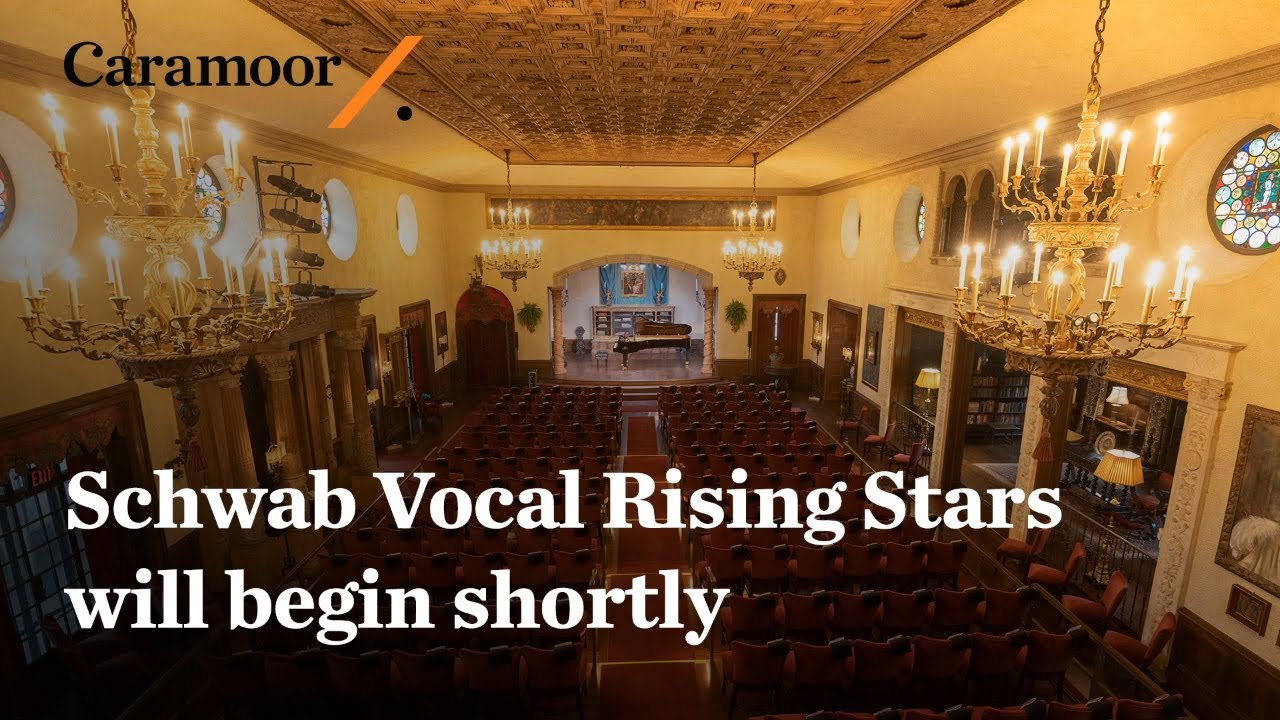 You never know which concert is going to become the year’s Big Event. I approach every project as if the fate of the world hung on my getting it just right. This season we revived two important, long-forgotten music theater pieces in November (Weill’s Silverlake and Blitzstein’s No For an Answer), gave Harlem’s gay subculture center stage in December, and rocked the Juilliard theater with Cuban songs in January. All of them struck me as sexy ideas for press coverage—and indeed, they each received a certain amount of notice.

But none of us could have predicted that this year’s Caramoor show would be the Good Humor truck for music journalists because of the live stream. We happened to be one of the first to adapt to the New Normal, and it’s news. I’m thrilled, but I have to admit it does feel a trifle invasive. The Vocal Rising Stars program is a private world centered around a short rehearsal period, five days of intense exploration and study. The sixth day is dress rehearsal, and normally on Sunday we share our work with the Westchester public prior to a Tuesday concert in New York.

It became increasingly clear that we weren’t going to be filling Caramoor’s Music Room with a crowd of listeners this year. Instead we would be facing cameras and microphones and broadcasting to…the world. When Caramoor renovated the Music Room they provided it with video equipment and the capacity to live stream. Suddenly the program I’d made would be visible in…Lithuania, and Banff, and Caracas.

It wasn’t so easy for any of us to forget about this when the concert started. I tried to speak and play just for the twelve friendly people in the room—the Caramoor staff and a few friends and family. But I couldn’t really let go until the last part of the first half. It didn’t help that one of the women handling the stream excitedly told us that people could leave comments on the website as they listened. Immediately I flashed on a recent Richard Tucker Gala concert streamed from Carnegie Hall. As I watched online, some very unflattering things scrolled down my screen—like “Who did her hair, Attila the Hun?”

But I was more thankful than ever that I had chosen The Art of Pleasure as our 2020 project. The program hops through six languages and includes a few well-known pieces alongside a lot of stunning songs you might never have heard. As for the stylistic range, let’s just say that it includes both Rachmaninoff and the Kinks. I needed a versatile cast of singers, and I lucked out: Thomas West, Elaine Daiber, Siena Miller, and Terrence Chin-Loy delivered it all, from gorgeous Catalan art song to supper-club satire by Tom Lehrer, no questions asked. I’ve already sung the praises of my so-called apprentice pianist, Shawn Chang. After the concert was over, I said, “Shawn, you’ve saved my ass a million times. Can I have it back now?” (His answer: “Sorry, I’m keeping it.”)

If anyone keeps me calm through all my inner drama, it’s Michael Barrett who heads NYFOS with me. We complement each other in the most uncanny ways. He’s a firecracker, I’m a meditator. He strides forward, I look at scenery. He leads by being emphatic, I lead by telepathy. He vents, I implode. Between us the pH stays perfectly balanced. Michael’s limitless generosity and kindness got me through the stress of the week.

We may not be able to embrace one another physically right now, but the music on Sunday was one of the best bear-hugs I’ve ever received—or given. There were so many beautiful moments—Elaine and Shawn’s exalted Rachmaninoff (“A Dream”), Thomas’ spot-on rendition of the Kinks’ “Lola,” and Terrence’s gorgeous Brahms (“Ruhe, Süßliebchen”). But it fell to Siena to coalesce the entire experience when she sang Michael John LaChiusa’s “Heaven.” She’d struggled with the piece earlier in the week, but by Sunday she owned it. She sang as if she were making it up on the spot, a spontaneous moment of revelation. At the end, when she sang “Peace—Flight—Safe—Right—Here,” I came very close to losing it onstage. I could see that Michael was in a similar state.

We ended the program with David Krane’s gorgeous setting of “How Can I Keep From Singing.” It seemed like the purest expression of why we make music. All of us face months of cancellations, gigs that have gone up in smoke. We’ll be back onstage one day, but this was the last time for some months that we’d be singing and playing a concert. Before retreating to our corners we offered a hymn to the human spirit, a message of hope, a promise to return. And we’ll make good on it.

You can watch the live stream for a few more days. Here’s the link: