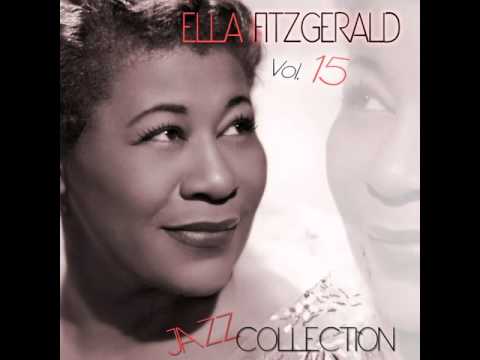 Ella Fitzgerald sang the way the rest of us breathe.  Her vocal production, phrasing, diction and interpretive choices were so natural and effortless that it’s easy to take her work for granted.  A natural talent who had little if any formal musical training, she was blessed with a seamless voice of great beauty, and an instinctive ability to get to the core of both the music and the lyrics of every song she sang. She had collaborators—mostly jazz legends like Chuck Webb, Dizzie Gillespie, Louis Armstrong, Count Basie and Duke Ellington—but I suspect that her interpretations were all hers. (And while she didn’t invent scat-singing, she brought it to an entirely higher plane.) Her composer-by-composer albums , most of which were recorded by Verve Records from 1956 to 1964, established the concept of the American Songbook, while celebrating the treasures of Porter, Gershwin, Rodgers and Hart, Berlin, Kern, Arlen, Mercer and Ellington.  Over a sixty-year career, her singing retained its girlishness and its joy.

“Boy Wanted” was a George and Ira Gershwin song from their 1924 London show, Primrose. It was a revised version of a song they’d written a few years earlier for A Dangerous Mind, 1921, which had closed out of town. The ease and good nature with which Fitzgerald lands every musical and lyrical point—even the rhyming of “advertisement” with “flirt is meant”—takes one’s breath away.