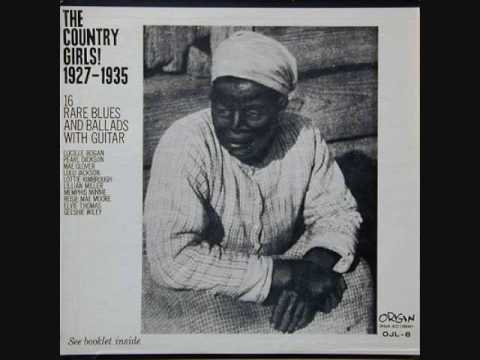 As we prepare for W. C. Handy & the Birth of the Blues with program consultant Elliott Hurwitt, we revisit his first week hosting Song of the Day. This song was originally posted on October 27, 2015.

“Last Kind Words” isn’t strictly speaking a blues, but it represents song traditions that are surely older, and embodies blues feeling, hard luck and trouble. It is particularly strong in the eerie, the power to chill the blood: so, wishing you all a [late] Happy Halloween. The text, as with so many blues, is a jumble of multiple earlier songs, some of which must go back at least to the World War I period: “If I die, in the German war…” is a tip-off, and many of the other lines are found in numerous blues from all over the U.S.  Formerly very obscure, this record has become a cult item since it appeared in Terry Zwigoff’s biographical film Crumb in 1994. John Jeremiah Sullivan’s 2014 article in The New York Times magazine, “The Ballad of Geeshie and L.V.,” brought these inadequately known blues artists to still wider renown. Most recently, Greil Marcus provides a fine discussion of “Last Kind Words” in his latest book, Three Songs, Three Singers, Three Nations, where Geeshie is spotlighted alongside Bob Dylan and the great folklorist Bascomb Lamar Lunsford. It’s about time, too.

← Prev Post: Gladys Bentley: Worried Blues Next Post: Count Basie: Sent for You Yesterday →
Selected posts in the Song of the Day category