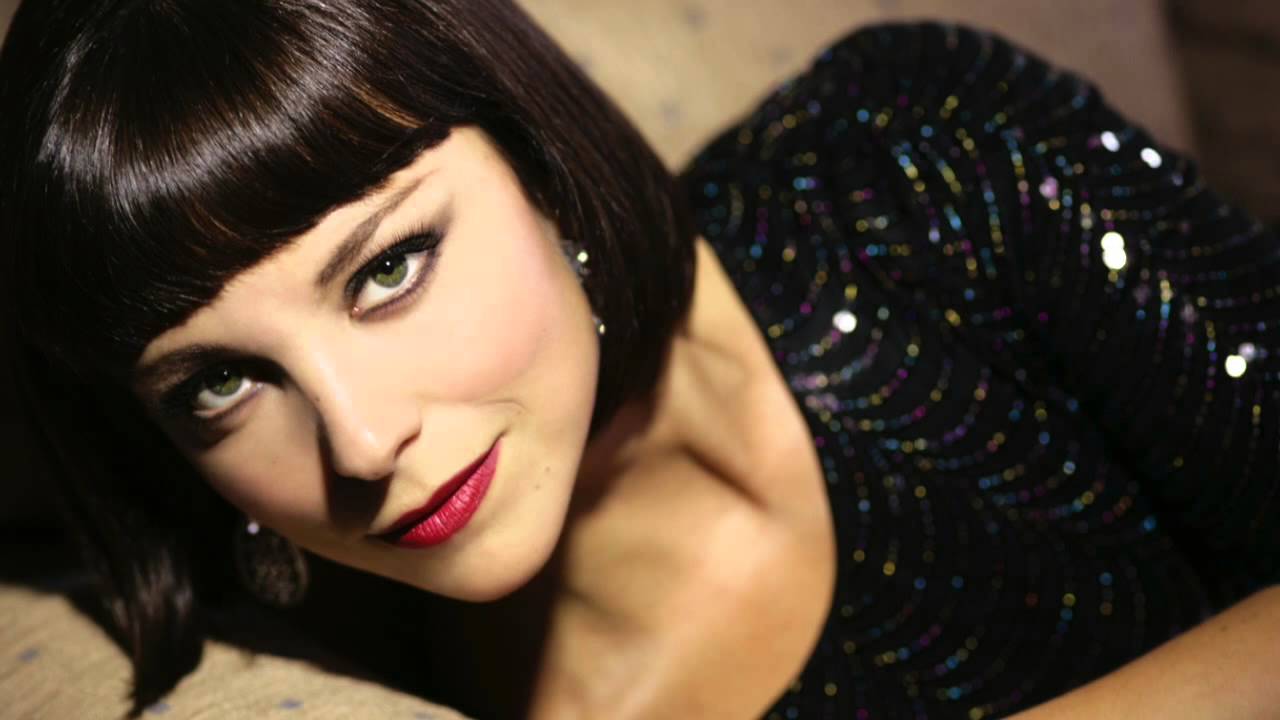 This week I’d like to focus on some of the singers I’ve accompanied over the years. A collaborative pianist—the word “accompanist” is out of vogue these days, thank God (I don’t play the “accompano”)—can only realize his/her musical vision in tandem with like-minded vocalists. We are always seeking that magical moment when our hands and the singer’s breath become one entity. I’ve been blessed, especially in my NYFOS partnerships.

So let’s start with a love story: soprano Corinne Winters, whom I first heard when she auditioned for New York City Opera. A recent graduate of AVA in Philadelphia, she sang Manon’s entrance aria “Je suis encore tout étourdie,” and the third-act Bohème aria. Her voice intrigued and puzzled me. It was dark but very free at the top. While she had the lightness to soar up to an easy high E in the Massenet piece, she also demonstrated the rich timbre of a Verdi singer. There was already a fair amount of sound coming out of what seemed like a diminutive body. She had passion, she had control. I was fascinated by all the oppositions colliding in one artist—a kitten soon to grow into a tigress.

I invited Corinne to NYFOS’s Caramoor program that spring, where we’d be doing Spanish songs—Castilian, Catalan, Sephardic, Basque, Galician. I didn’t know how she’d respond to learning a lot of unfamiliar repertoire in all those new languages. I needn’t have worried—she immersed herself in all of them and rapidly became a kind of Iberian polyglot. Corinne went on to make her Santa Fe début singing a role in Mandarin Chinese, which makes singing in Basque look like child’s play. Her standard repertoire includes Desdemona, Fiordiligi (for her upcoming Covent Garden début), Mélisande, Donna Anna, Liù, and her signature role, Violetta, which she has sung all over the world. Check out her website, where you can watch her in action. (Oh my, that Mélisande video…)

Corinne and I developed a strong bond at Caramoor, and I soon had my heart set on making a CD with her. It took a few years, and the path was strewn with crazy challenges, but our recording finally came out (it’s on Roven Records, and you can find it at iTunes). I had originally wanted to call it “August Nights,” a title drawn from one of my favorite poems on the album. But wiser heads prevailed, demanding a straightforward Spanish-language title with an explanatory subtitle in English. It became Canción amorosa: Songs of Spain. Here is one of my favorite songs from the album: Eduardo Toldrà’s “Maig,” a hymn to the beauties of spring—and the preciousness of life itself. It is both a balm and a warning in this volatile period we’re living through.

This is the exquisite poem by Trinitat Catasús, in my translation:

Earth in bloom,
Sea enchanted by the flowering,
Sweetest breath
Of life in exultation.

Deep, reverberating brightness,
Cloud dispersing,
A breeze that wafts
The moisture from the tender green shoots.

Soft buzzing
Of the bees, deep
Silent peace
Of a bountiful hour.

When the full moon
Of May, silent,
Seems to be telling the flowers
Of an impending misfortune.