Dmitri Shostakovich: We Were Together 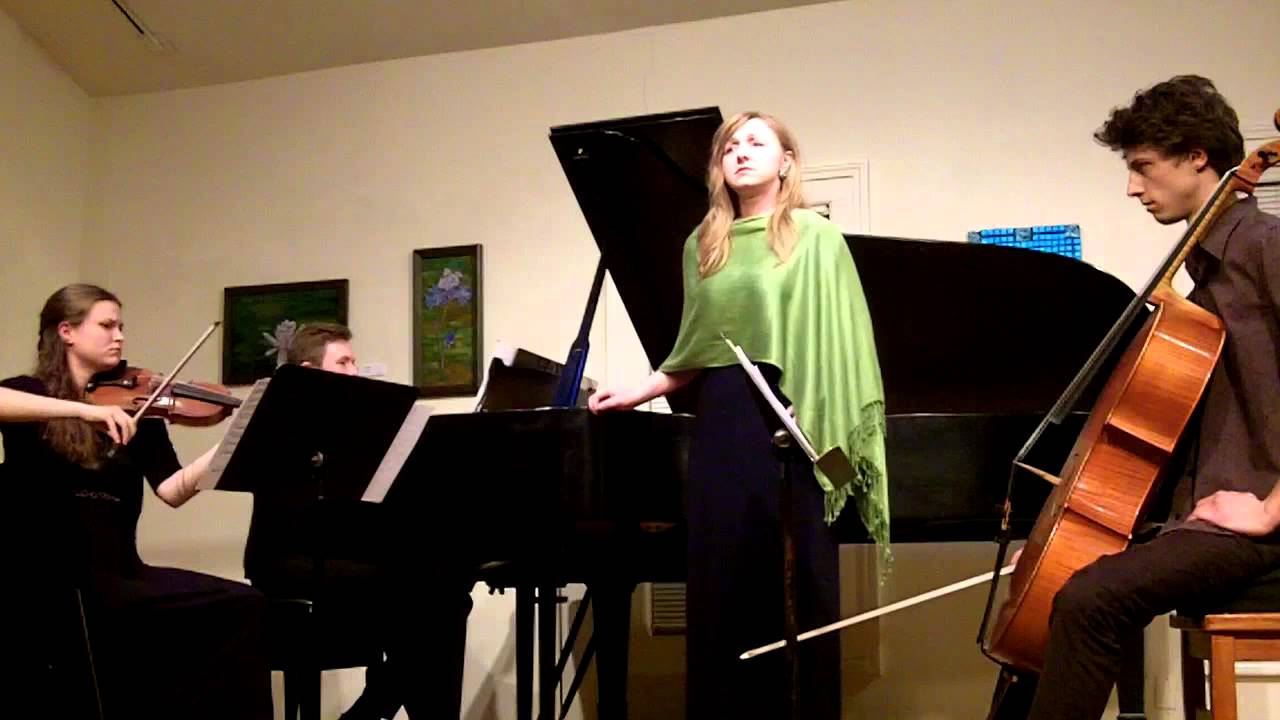 “Hello. It’s me… I was wondering if after all these [days you’d like to read more from me]…” (I hope you’re laughing… if not, I had a good laugh to myself. I wrote, “Hello. It’s me..” and obviously Adele’s song started playing in my head. One of my friends, Chris Dupont used to call me a walking iPod because I’d just break out a line from random songs that had a line he or I just said.)

It’s almost Friday, but today is TBT – ‘throw back Thursday’. At first, I didn’t want to use my own recording but listening to the other few recordings on youtube of this song, I just wasn’t satisfied with the slightly slower tempo, and was forced to use my version. This was recorded live in a concert four years ago (I’m sorry for the video and audio quality) at the Kerrytown Concert House in Ann Arbor, MI when I was attending the University of Michigan. I look and sound like such a baby but it only shows me how much I have grown since. The beauty of life is that we will always grow, hopefully we desire to, and could never graduate this school of life. If we think we have, then we are fools to think that way.

I just love this song cycle composed in 1967 by Dmitri Shostakovich, op.127 Seven Romances on Poems by Alexander Blok for soprano, violin, cello and piano. It is not that known but it’s hauntingly unique. Each song is written with varied instrumentation and only on the very last song “Music” does the whole band join, and it’s serene. The last three songs bleed into one another seamlessly and it takes you by surprise that the song has moved on. The poetry is very deep and symbolic! The Amelia Piano Trio notes the “deeply felt, moving lyrics speak to generations of suffering, longing, and hope. The composer chose seven individual verses for his song cycle – each depicting a specific human condition – faithfulness (“Ophelia’s Song”); truth (“Gamayun”); love (“We Were Together”); loneliness (“The City is Asleep”); threat (“Tempest”); anxiety (“Secret Signs”); death (“Music”).” The music is very minimalistic at times with obscure tonality. Overall, a very ethereal sound of past that is dark and heavy.

Shostakovich composed this opus towards the end of his life for the 50th Anniversary of the October Revolution. His friend and famous cellist, Mstislav Rostropovich asked Shostakovich to write something for him that he could perform with his wife, Galina Vishnevskaya, who was a renowned soprano. In this opus, Shostakovich represented a protest against the continuing oppression by the Soviet Government. This cycle became very personal to me as I first performed it right when the current war began between Russia and Ukraine, four years ago. Interesting to note that the piano part is very bass heavy as his right hand I believe, was broken and he was trying to hide his alcohol consumption from his wife. (As I recall it from my research in graduate school.)

I chose no.3 “We were together” for song of the day. It’s the only ‘happy’ song from the opus. The poem recalls a young couple in love. In my interpretation they are teenagers in love therefore I didn’t like the slow tempo because teenagers’ love is light, innocent and surface-level.

I hope you enjoy it!

Ukrainian born soprano Antonina Chehovska is a 2016 prizewinner of the prestigious George London Foundation Competition. Of her performance, the New York Times declared her “heartfelt ‘Letter Scene’ from Tchaikovsky’s ‘Eugene Onegin’ made her an audience favorite and mine.” Antonina will join NYFOS for its 30th Anniversary Celebration on April 24, 2018 at Merkin Concert Hall.