The Chieftains: The Foggy Dew 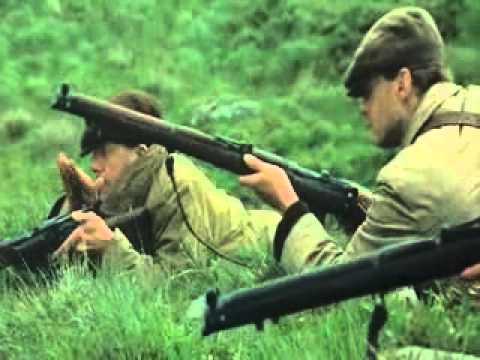 Before coming to Orient for NYFOS@North Fork I spent two months in Europe. My adventures began with a week in Ireland. It was my second time visiting the Emerald Isle but this time around I really fell in love with the country and became fascinated with its compelling history. After a week in the Irish moors and probably enough pints for a year, I trekked off to Vienna for the Franz Schubert Institut where, lo and behold, I met an Irishman and we became fast friends! Between our escapades into the German Lied, my new friend Seán Boylan would introduce me to his favorite Irish bands and singers.

I’ll never forget the night Seán played me The Chieftains’ recording of “The Foggy Dew.” It was a cool, rainy night in Vienna—perfect weather to be celebrating Irish artists. The song narrates the Easter Uprising of 1916 where Irishmen marched into the heart of Dublin and attempted to overtake major buildings—most notably the General Post Office—which were housing British officers. The rebels were annihilated by the British. The Uprising’s leaders, James Connolly and Patrick Pearse, were executed without a trial which lit a necessary fire under the Irish rebellion. Even though the actual Uprising was a major blow for the Irish cause, it was the catalyst that eventually led to Ireland’s independence from the English Crown.

In honor of the Easter Uprising’s centennial, I give you a chilling rendition of “The Foggy Dew” performed by The Chieftains featuring Sinéad O’Connor as the soloist.

As down the glen one Easter morn to a city fair rode I
There Armed lines of marching men in squadrons passed me by
No pipe did hum, no battle drum did sound its loud tattoo
But the Angelus Bell o’er the Liffey’s swells rang out in the foggy dew.

Right proudly high in Dublin Town hung they out the flag of war
‘Twas better to die ‘neath an Irish sky than at Suvla or Sud-El-Bar
And from the plains of Royal Meath strong men came hurrying through
While Britannia’s Huns, with their long range guns sailed in through the foggy dew.

Oh the bravest fell, and the Requiem bell rang mournfully and clear
For those who died that Eastertide in the springing of the year
While the world did gaze, in deep amaze, at those fearless men, but few, Who bore the fight that freedom’s light might shine through the foggy dew.

As back through the glen I rode again and my heart with grief was sore For I parted then with valiant men whom I never shall see more
But to and fro in my dreams I go and I kneel and pray for you,
For slavery fled, O glorious dead, when you fell in the foggy dew.