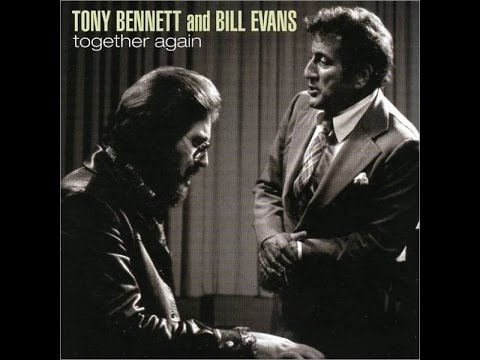 I’ve been ruminating about bel canto all week—not just the sometimes thrilling, sometimes mediocre Donizetti operas the term usually implies, but the larger meaning of “beautiful singing.” Maria Callas and Ella Fitzgerald are bel canto singers in their very different ways. So is Tony Bennett, with his expansive delivery of the melody, his connection to the core of his body when he sings, his melding of tune and lyric into a broad river of sound. Bel canto isn’t only swoony (Joan Sutherland) or chatteringly virtuosic (Cecilia Bartoli). It can also have the sustained, dark colors of a cello, the ecstasy of new fatherhood.

So today I offer Tony Bennett and Bill Evans’ 1977 performance of “A Child Is Born,” by Thad Jones and Alec Wilder. The melody bears the imprint of Italian opera, slowly flowering into a gentle, climactic high note. Tony builds the song like a master, and he offers a crazy vocal effect at the very end: he begins the last note full voice, diminuendos it, crescendos it, and diminuendos it again to end softly. I don’t know what possessed him—it sounds as if he didn’t quite know what he wanted to do, planning to fix it in the next take of the song. And maybe they went into the booth and decided they liked it this way. I certainly do.

Bill Evans is one of my household gods. I love him for his harmonic palette, the musical equivalent of a five-star gelato shop. The double-CD set called The Complete Tony Bennett/Bill Evans Recordings is my favorite voice-and-piano album, and has been the touchstone for my own work in popular song. Soprano Mikaela Bennett once gave me the greatest compliment I could ever receive when she told me, “Wow…you sound like Bill Evans!” I’ve been living off that ever since.