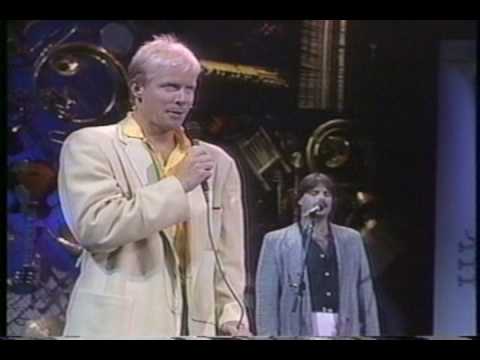 Continuing this week’s survey of iconic singing groups, I’m drawing again from my youth. The Bobs invented themselves in the San Francisco Bay Area in the late 1970’s. They wrote most of their own material. I was in school at UC Berkeley and one of my pals from the music department, Gunnar Madsen had an amazingly droll sense of humor. He told me about this singing group he was trying things out with. Soon the Bobs were in existence and developing a strong following. Gunnar ended up being the main song writer for the group and one of the four singers. Steve Blier flipped for their brilliant part writing and wacky take on the quirkier aspects of human frailty and eccentricity. (Just check out “Through the Wall“) . We’ve included lots of their songs on Nyfos programs over the years, and they inevitably have an immediate effect on the audience. The Bobs got their band name just by adding Bob as each of their middle names. I think it was a riff on old hill-billy names like Billy Bob, Sue Bob, Jim Bob….Here is Helmet (I’ve got my helmet on. Nothing can do me wrong.) sung by the Bobs. I think Gunnar Bob Madsen wrote it.

← Prev Post: Take 6: We Sure Do Need Him Now Next Post: Manhattan Transfer: How High the Moon →
Selected posts in the Song of the Day category