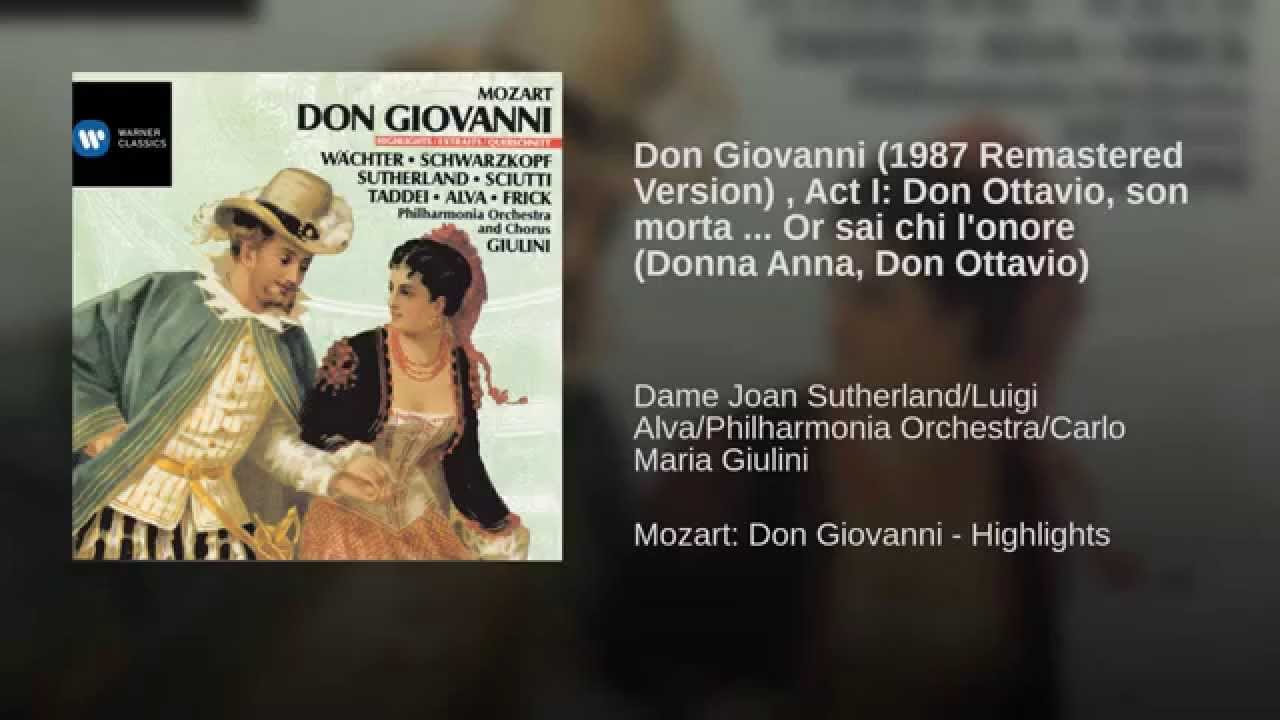 Joan Sutherland was my childhood passion. In junior high I used to go into classrooms and scribble “Joan is supreme” in the corner of the blackboard, probably some botched attempt to be transgressive. In the 1970s and 80s I cooled a bit on Sutherland’s singing, but when I hear those early recordings I realize I actually had pretty good taste when I was a young spud. She was thrilling. From her first “Don Giovanni” recording (1958) under the galvanizing baton of Carlo Maria Giulini (another idol of mine), here’s Donna Anna’s Act I aria, “Or sai chi l’onore,” with the recitative. Not only can you understand every word (even with her Australian accent peeking through), but there is an intensity and immediacy in her singing that was to get somewhat calcified in later years. Here she sounds like an impassioned, frightened young woman who might have been raped—amazing vocal acting from a singer people think of as cold and “technical.”

And a couple of bonus tracks, for the enthusiasts: an excerpt from a live 1960 Verdi Requiem with Giulini—again, that amazing fire and energy that I had so loved when I first heard her at age 11. She was a fireball when she worked with Giulini, no question (dig that open-chest G-natural before the start of the fugue):

And a rare outing in Puccini—“Vissi d’arte’ from “Tosca” from a 1968 Bell Telephone Hour broadcast which I remember watching with my parents on our black-and-white TV set. She wears a “have-you-no-gay-friends” dress, Tito Gobbi glowers in the background; Sutherland cranes her neck up as she always did when she sang, and then delivers a lesson in breath control that is pretty staggering. “Vissi d’arte” comes out as “Vossi d’arte”—Joan sang the vowels that she thought sounded most beautiful. Y’know…I’ll take it.