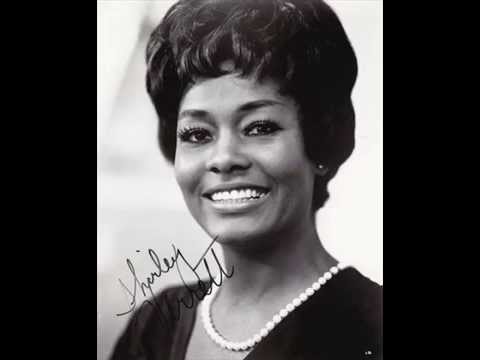 A prayer for our country, in the wake of last week’s horrific killings in Charleston: “Oh Glory,” sung by Shirley Verrett in the early years of her career. The pundits are busy spinning this story, some of them in the most appalling, self-serving ways. This is my counterpoint to all the chatter.

Shirley Verrett’s RCA recording (now available on CD) was taken from her recital at Carnegie Hall in 1965. It was my first exposure to what we then called Negro Spirituals. How I wished that the music I heard at Riverdale Temple sounded more like this. I might have become more observant. For aficionados, I enclose two performances—the Carnegie Hall/RCA one I heard as a teenager, and another from four years later that I like even better. What is soul? Well, this is what it sounds like.
(1969, with Warren Wilson)