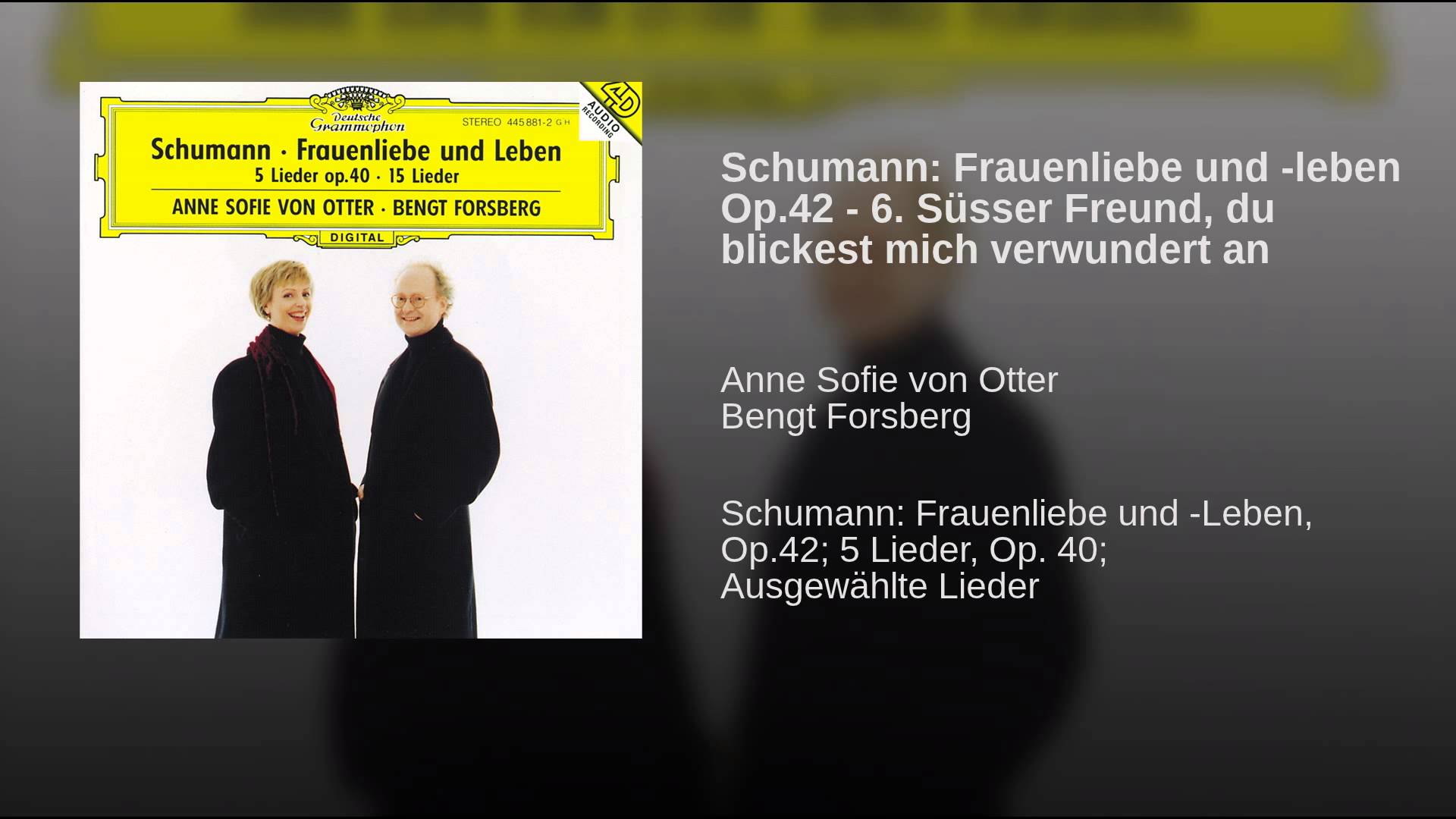 I have to feature the work that loomed largest for me this year, Robert Schumann’s iconic Frauenliebe und leben. I finally learned it all and performed it after years of wanting to do so but never finding the time or the right venue to make myself just do it. The right time turned out to be my April recital for Carnegie Hall’s Neighborhood Concerts series which I performed with Alden Gatt, a wonderful pianist and friend of mine. Since I first became acquainted with the cycle in grad school (having been assigned the first song), I just loved it — stunningly beautiful songs with such a great arc and variety of moods and so many wonderful harmonic moments. Looking more into Aldelbert von Chamisso’s text, of course, I learned that it is considered controversial by some because of its very traditional depiction of a woman’s life and her place in society; some of the lines, imply she worships the man she loves like a God, which of course makes us feminists bristle! I admit I was a little iffy about it at first. Yes, this woman was obsessed, and yes, she put everything she had into her husband and her child, but of course in the end that leads her to be completely destroyed by the death of her husband, so it’s not exactly a 100% rosy picture of what it meant to be a woman at that time. And though it can feel problematic to a modern audience, in the context of the life of an 18th-century woman, who would not have been able to own property of her own, and who wasn’t allowed as much of a life outside of her family, her obsession with marriage and motherhood makes more sense. (And let’s be honest, who among us of any gender hasn’t gotten a little obsessed with a newly-found love interest and been unable to think of anything else for a time?) Though it’s written by a man, the delving so deep into the perspective of a woman in this way was an unusual thing at that time, so I actually came to feel that it honored women in its way. And the way Schumann felt about his love, Clara, I always thought he understood these same feelings himself. It’s a complicated issue to which a short blog-post can’t do justice, but I read many articles on both sides of the topic, and there are a number of interesting and valid points of view out there to read!* Nonetheless, even before I had really come to terms with my appreciation of the text, I have always found the music to be undeniably sublime.

It was hard for me to single out one song, as they are all wonderful in their own way, and they all work best together as a unit. The song I probably enjoy singing the most is “Er, der Herrlichste von allen” — I really love that one. But I think the most special piece is the sixth song, “Süsser Freund.” It captures such a sweet, tender moment, as she is lying in bed with her husband; she is emotional knowing that she is pregnant, but he doesn’t know it yet. My favorite musical moment in the entire cycle is the start of the middle section of this song (around 2:00 in this recording) and the next several measures after that – she has just finished saying “I want to whisper all my happiness in your ear,” before the piano sets up this section, and then something about that melody that follows and the harmonies beneath it, as she says, “Do you know now why I weep these tears?” just melts me.

It’s also a nearly impossible task to pick a recording among the many fantastic ones that are out there! Besides this one here, I have some other favorites of the entire cycle including Elly Ameling, Janet Baker… oh, too many to name. But especially in listening to this particular song, I just really loved the way Anne Sofie von Otter delivered the tenderness of this piece — the diction, and sensitivity, and the warmth — it’s all there. And the sensitive playing of pianist Bengt Forsberg complements von Otter’s artistry so wonderfully. I love the way she sings the entire cycle, so check that out as well. (Of course you could go down a YouTube rabbit hole if you’re not careful!)

Well, it looks like this Song-of-the-Day week has turned into a rave about another one of my mezzo-soprano idols each day! And I’m okay with that. 🙂

*Side-note: another way we “dealt” with the potential discomfort with the traditional text is to pair it with Harbison’s Mirabai Songs, which present quite a different take on the role of a woman! More on that tomorrow!