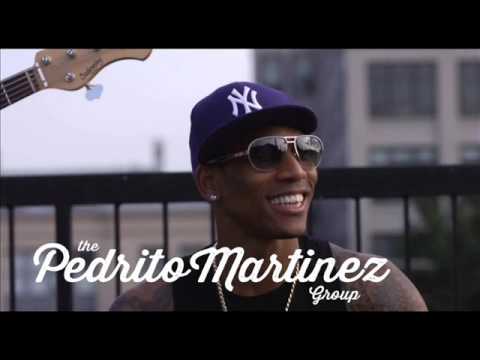 It’s really summer now. When August first rolls around, the end of summer is in sight. But, we still have a delicious month left before the kids (and many of the grown ups)  go back to school, and back to their quotidian routines. But since we have a month, this week will be devoted to my personal musical associations with summer. I have lots, so this will be a wide ranging selection of songs. We do so much Latin music at Nyfos, and have grown to love so many Latin styles and flavors and musical nationalities. But I’m not sure we have deeply explored the Santeria tradition of Cuba. Not yet anyway.

Here is my favorite exponent of this living tradition, Pedrito Martinez and his group. They are four people and they make the most joyous music underpinned by their unbelievable sense of rhythm  and exuberance. Pedrito is a Santero, a Santeria Priest, and he said he was drawn to the Santeria faith through it’s music. Pedrito is the lead vocalist and conga (and other percussion) master. You can find him in NY most of the time. He’s fast becoming a national treasure (of the U.S.A.!) and keeper of the Santeria musical flame.  Here is his “Ay Amor”.   Ay Ay Ay!