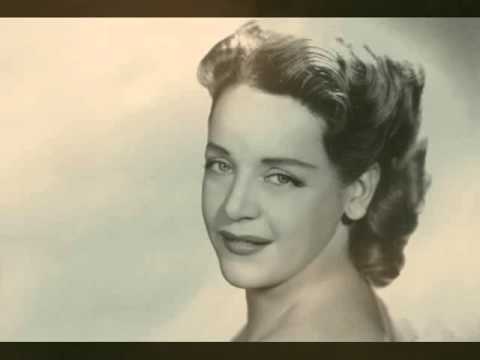 Soon after Samuel Barber was commissioned by soprano Eleanor Steber to compose a work for her, he stumbled upon a long prose poem by James Agee, published in The Partisan Review. “Knoxville: Summer of 1915” was a deceptively simple piece that, as its author later said, expressed “a child’s feeling of loneliness, wonder, and lack of identity in that marginal world between twilight and sleep.”  (Agee later claimed to have written it in about 90 minutes, as an experiment in free-form writing.) Barber’s own father was dying at this time, and the composer was overwhelmed by the similarity of his and Agee’s childhood memories and fears. Barber was from Pennsylvania rather than Tennessee, but he and Agee had both been five in 1915. He wrote this rhapsody for soprano and orchestra in three weeks.

Steber was a fearless singer, as adept in Mozart, Verdi and Strauss as she was in Rodgers, Gershwin and Kern. At the Met she sang 427 performances of 34 roles, including the leads in Met premieres of Arabella, Die Entfűhrung aus dem Serail, Wozzeck and Vanessa. She appeared there often and long enough to be taken for granted by Met audiences, but her many recordings attest to the versatility and beauty of her singing. Her home town of Wheeling, West Virginia, is only a few hundred miles from Knoxville, and Steber was close enough in age to both Agee and Barber to understand and share their memories of the joys and terrors of a small town American childhood.  She sang the 1948 premiere of “Knoxville” with Serge Koussevitzky and the Boston Symphony Orchestra; this recording was made two years later, with William Strickland and the Dumbarton Oaks Chamber Orchestra.