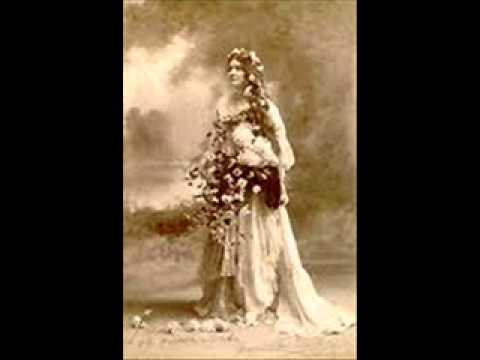 Song of the Day turns 3 this week!  Here’s a look back at our first week of songs (beginning June 15, 2015) from NYFOS’s artistic director Steven Blier.

This song-a-day blog is a project I’ve had in mind for years, and I am thrilled to share some of the vocal music I love—from the sublime to the ridiculous. To kick the venture off with a bang, two renditions of the Queen of the Night’s rage aria (Act II, Mozart’s Magic Flute). The first: Maria Galvany, Spanish coloratura from the early years of this century. She was known for her rapid-fire staccato singing, and if the composer didn’t give her sufficient chances to show it off, she simply wrote her own. The second: Peruvian purveyor of exotica Yma Súmac, an icon of my teenage years. She offers the aria with a mambo beat. In Spanish. A minor third lower. With tribal growls. Play all the way to then end. In honor of Gay Pride month, two fabulous Queens.