Mary Rodgers: The Boy From… 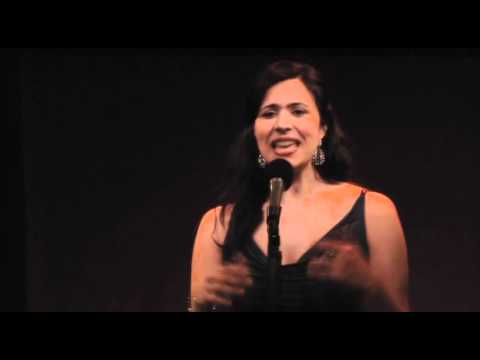 As we prepare to celebrate Stephen Sondheim’s 90th birthday, my thoughts turned to this hilarious song I first heard in a student revue back in college.

Written by Mary Rodgers, with lyrics by Sondheim, this lesser-known 1966 song was meant to be a send up of the bossa nova standard “The Girl From Impanema.”  This one’s about a boy (obviously), and every verse ends with a repetition of the name of the title character’s hometown, a fictional village called “Tacarembo la Tumba del Fuego Santa Malipas Zacatecas la Junta del Sol y Cruz” (“Cruz” pronounced as “cruth”), with the singer becoming more out-of-breath with each verse. The punch line comes at then end when she laments that the boy is moving to Wales “to live in Llanfairpwllgwyngyllgogerychwyrndrobwllllantysiliogogogoch.”  Then there’s the fact that the narrator is completely clueless as to the fact that her crush is gay.  The song is a clever, funny showpiece for a  cabaret singer — enjoy this version by Victoria Edwards.

Sondheim wrote the song’s lyrics under the pseudonym of Esteban Río Nido, which is a literal Spanish translation (from German) of his name.

Caramoor’s VP, Artistic Planning and Executive Producer since 2017, Kathy Schuman began her long and varied arts career in artist management, both here and in London, and was the Artistic Administrator of Carnegie Hall for 15 years. Directly prior to joining Caramoor, she was VP and Artistic Director of G. Schirmer/AMP music publishers. An avid choral singer since her teens, she secretly wishes she could have been a big-band singer in the 1930s.