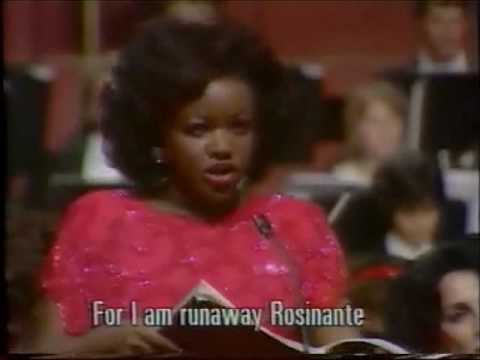 Jack Gottlieb describes the cycle terrifically:
Originally commissioned to be a work in celebration of the American Bicentennial Year (1976), Songfest could not be completed in time. Although the commission was vacated, the idea persisted: to draw a comprehensive picture of America’s artistic past, as seen in 1976 through the eyes of a contemporary artist. The composer has envisioned this picture through the words of 13 poets embracing 300 years of the country’s history. The subject matter of their poetry is the American artist’s experience as it relates to his or her creativity, loves, marriages, or minority problems (blacks, women, homosexuals, expatriates) within a fundamentally Puritan society.

This particular song portrays the voice of a woman who has broken free of societal roles and expectations. She sings that through her art, she is authentically herself and is not at the ownership or disposal of anyone or anything. Julia de Burgos was a Puerto Rican civil rights activist who lived from 1914-1953. Traveling between Puerto Rico, New York, and Cuba, she was fully involved in the nationalist philosophies that defined her life. It is important to remember that women’s suffrage in the United States was at a boiling point during her life, with the 19th Amendment arriving in 1920. Julia’s perspective as a minority activist woman during the first half of the century is indeed a defining artistic perspective to encapsulate America’s past.