For many years, Michael Barrett and I discussed doing a program devoted to the blues, that quintessential American genre. But we were never sure how to tackle such a broad topic. Then our friend, the musicologist and early blues scholar Elliott Hurwitt proposed that we devote an evening to W. C. Handy, and this magically opened up the long-sought path. I’d known about Handy—famous as “The Father of the Blues”—since my boyhood. One of his songs was in some anthology I pored over as a child—could it have been The Fireside Book of Favorite American Songs? I found his music sweet and old-timey, redolent of straw hats, picnics, bandstands on summer days.

My early impressions of Handy’s music weren’t exactly wrong, but my recent immersion into his life and work has revealed so much more. He emerged out of the minstrel era, a complex entertainment that simultaneously promulgated racial stereotypes (for white audiences) and mocked them (for African-American audiences). Then, when Handy was in the early years of his professional career, ragtime took the world by storm. Its aggressive use of syncopation proved irresistible to listeners on both sides of the Atlantic, a revolution in popular song as significant as rap and hip-hop in recent years.

W. C. Handy was no exception to rag-mania, and you can hear how he embraced it in one of his early pieces, the iconic “Memphis Blues” [1911]. He himself labeled the piece “a southern rag.” Over a lazy two-step accompaniment, Handy writes a tune that bobs and weaves, occasionally hitting the strong beat but most often darting off the accented bass notes. A bit later in the song, Handy incorporates one of his two major innovations: the main strain of the piece has a melody of twelve-bars. Ragtime—and indeed almost all of American popular song before and after—typically uses a 16- or 32-bar structure. But a classic blues melody is foreshortened like a Manx cat, and you can hear this now-familiar model when the lyric launches into “They got a fiddler there…” The twelve-bar structure isn’t obvious—I had to get the sheet music out and count the measures—but the tune is indeed four bars shorter than the classic popular song melody.

Still, a modern listener accustomed to BB King, Robert Johnson, or Muddy Waters would be hard pressed to identify “The Memphis Blues” as a blues at all. It has more of a sweet Scott Joplin aura. The achier sound that a person might be expecting emerged most notably three years later in Handy’s most famous song, “St. Louis Blues.” For one thing, the twelve-bar structure is more recognizable because it is used in a more traditional way: a twice-repeated lyric followed by an answering line, the gold standard for blues tunes (think “Shake Rattle and Roll”).

But the magic moment comes at the eighth note of the opening melody. That’s where you’ll hear W. C. Handy’s other innovation, the blue note: “I hate to see the evenin’ sun go down”—a flatted note that carries the soulful essence of sadness and catharsis intrinsic to this genre. Next to “St. Louis Blues,” Joplin’s rags sound like John Philip Sousa after too much coffee—or maybe Schubert on acid. They jab crazily at the beats of the measure, but their harmonic language is pure and classic.

Handy didn’t invent the blue note, nor did he think up the twelve-bar song form on his own. He took his inspiration from the street musicians and itinerant players he heard in the south. Their twangy, sliding way of bending a tune became part of Handy’s musical vocabulary, and he was able to write down the unique features of their folk melodies and phrases on music paper. Turning these tropes into songs that appealed to Americans across the racial divide, he created—some would say “commercialized”—something new in American music. Forty years later, Elvis Presley would do the same thing, this time from the other side of the tracks.

I respect Handy as much for his business enterprise and his ethical character as I do for his music. Founding his own publishing company, he was able to promote the music of other African-American artists. Later on he focused on arranging spirituals for both choir and solo singer. And he always lent his voice to freedom-fighting causes. He did not always have good business sense, and frequently needed to be bailed out of financial crises. But they were generally born of generosity and an optimistic view of the world. And Handy was blessed by two business partners who managed to pull him back from the edge of fiscal ruin.

While W. C. Handy’s music was all the rage in the first two decades of the century, it can’t be said that he kept pace with the rapid development of jazz. The dizzy whirlwind of improvisation didn’t interest him—he expected his band members to play what was on the page. Clinging to his early blues style, he went from “old school” to “old fashioned” during the second half of his career. Yet he never lost the love and respect of the younger generation. He may not have remained hip and cutting edge, but he was a beloved icon. He lived long enough to appear on the Ed Sullivan show, dignified and soulful, wearing dark glasses to cover his sightless eyes. And ten days after his death, Paramount Pictures released a biopic called St. Louis Blues. Nat King Cole starred as Handy, and Eartha Kitt as “Gogo Germaine” gave the Handy’s uptight on-screen father a piece of her mind before launching into song. (NB: I am quite sure that this snappy confrontation never happened in reality.)

Preparing for tonight’s concert, I was shocked to find out that Handy was no longer a name to reckon with. Even a musician I know who proclaims himself “steeped in the blues” had never heard of W. C. Handy. “Wow. I thought I was familiar with them all, but I guess the earliest blues guys I know are from the 1930s. You say this cat is the ‘father of the blues’?” “Bro, he wrote the ‘St. Louis Blues.’” “He did? No [expletive]!”

How did Handy descend from brand-name status to near-invisibility? I can think of three reasons. The first is the sudden ascent of Scott Joplin to superstardom in the early 1970s. When Nonesuch Records released an album of Joplin rags played by Joshua Rifkin, the LP became their first million-seller. Rifkin went on to make two more albums of Joplin rags, spurring a revival of interest in the genre. Scholars and historians outdid themselves legitimizing this rediscovered repertoire. Finally, when “The Entertainer” was featured in the 1973 blockbuster movie The Sting, Joplin’s music became part of the national soundtrack, played in airports and on wind-up toys. Suddenly everyone knew Joplin, while Handy’s name-recognition began to fade.

The second reason is a famous 1938 article by Jelly Roll Morton published in DownBeat magazine, in which he attacks Handy for assuming the title “Father of the Blues.” “I invented the blues in 1902,” Morton states. He goes on to accuse Handy of appropriating the music he heard in the rural south, turning his theft into a lucrative commercial enterprise. Morton’s writing is filled with equal parts of ethnomusicology and personal rancor—he was well-known to be vituperative and envious. His article greatly upset Handy, who wrote a strong rebuttal tempered with graciousness and respect for his colleague. Privately, though, he threatened to sue Morton.

The matter might have died out there had it not been for the music historian Alan Lomax, who interviewed Jelly Roll Morton and wrote extensively about him. It was Lomax who kept the rivalry of these two indispensable musicians alive into our times. The complex argument began with the origins of the blues. Did it come from the Mississippi Delta or urban centers like Memphis, Handy’s adopted city? Was it a folk medium with a strong political core, created by an exploited underclass, or a valuable African-American contribution to the nation’s popular song machine?

Of course, it is both. Neither Handy nor Morton owned or invented the blues. And we would be impoverished if we lost either of them. But Morton and his historian Lomax may well have tainted Handy’s reputation. I would like to do what I can to bring this significant artist back into the public eye.

In the past few years I have been aghast at the erosion of our country’s core values, and I know I am not alone in this. Hatred, greed, divisiveness, fear-mongering, and mendacity have grabbed the mike and hijacked the discourse. In these insane times, W. C. Handy is beautiful reminder of America’s true meaning. A person of kindness and optimism, Handy overcame tremendous adversity—racism, poverty, and illness—to create a musical empire that embraced both black and white America. He changed the very sound of our country’s music with the sweet and salty tang of the blue note, and the Ur-American cadence of the twelve-bar blues. His music is black, and white, and rural, and urban. It is for all of us—the multi-colored and multi-cultural united states of America.

← Prev Post: Mose Allison: If You Live Next Post: W. C. Handy & the Birth of the Blues →
Selected posts in the Program Notes category 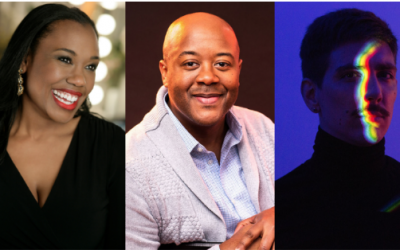 END_OF_DOCUMENT_TOKEN_TO_BE_REPLACED

When I was a child, my favorite part of every lesson was the last five minutes when I got to play duets with my...

END_OF_DOCUMENT_TOKEN_TO_BE_REPLACED 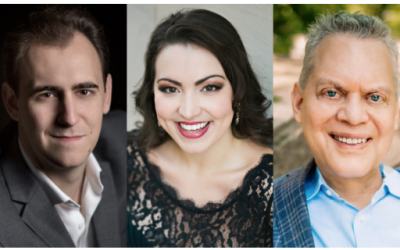