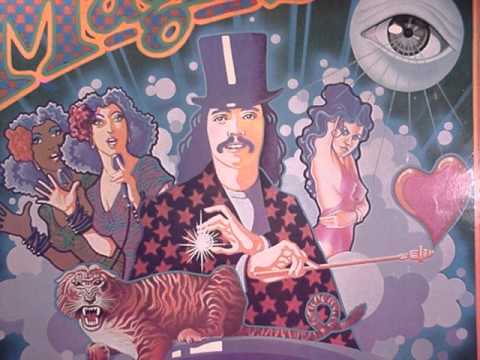 Though it ran on Broadway for more than 4 years and was a commercial success, I’ve never met anyone else who saw The Magic Show, a Broadway musical from the 1970s starring magician Doug Henning. My mother took me to see it when I was 12-years-old, and the main thing I remember is that it included a song about WEST END AVENUE—the street I lived on! I just couldn’t believe that my very own street was immortalized in a Broadway show. And the song had all these New York/UWS references to things like alternate-side-of-the-street parking, the subway, roaches, brownstones, delis, gay bars and Zabar’s ! I got the cast album and played it over and over again.

I didn’t really care that the song was all about escaping this WEA lifestyle…”West End Avenue, you
won’t get me!” sings Cal, the young assistant in love with Doug. She longs to find excitement away from this privileged, but also slightly seedy (at the time), neighborhood. By the end of the song she has crawled back, defeated…”West End Avenue, You win again!” I was just proud that my own little world was on the big stage, and still am. After all, I live 3 blocks away from that childhood home.

Caramoor’s VP, Artistic Planning and Executive Producer since 2017, Kathy Schuman began her long and varied arts career in artist management, both here and in London, and was the Artistic Administrator of Carnegie Hall for 15 years. Directly prior to joining Caramoor, she was VP and Artistic Director of G. Schirmer/AMP music publishers. She has enjoyed choral singing since her teens and currently sings in MasterVoices, but secretly wishes she could have been a big-band singer in the 1930s.

This week the artistic administration of the Caramoor Center for Music and the Arts host Song of the Day. Our next concert, Love at the Crossroads, features Caramoor’s 2019 Schwab Vocal Rising Stars, young artists who will participate in a week-long residency dedicated to exploring a wide variety of song. Hear the stunning results in their performances at Caramoor on March 17 and at Merkin Concert Hall on March 19.

← Prev Post: Bob Dylan: Make You Feel My Love Next Post: Richard Thompson: Meet on the Ledge →
Selected posts in the Song of the Day category