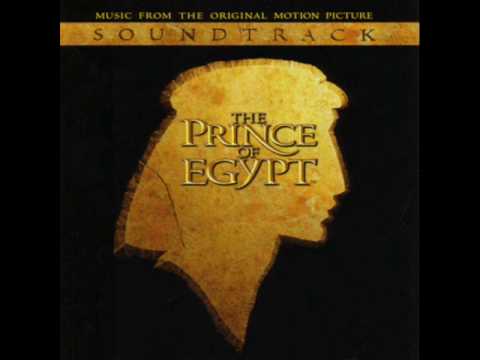 One of my favorite movies of all time is the Dream Works animated film Prince of Egypt. It’s a beautiful telling of a famous story but what makes it stand apart from the other movies about Moses, is the music. Stephen Schwartz and Hanz Zimmer really did an incredible job collaborating. Both of their strengths are at the forefront of each composition and it’s thrilling to listen to. With such a dramatic story as Moses fulfilling his destiny, having a soundtrack just as dramatic is imperative for the movie to be the best it can be. My favorite song from the soundtrack is “Deliver Us.” It is the first scene of the movie and sets the scene of ancient Egypt and the brutal lives slaves had to live. It then cuts to Moses as a baby with his mother and siblings sending him down the river in a basket to hopefully save his life from the wrath of pharaoh who had just ordered the deaths of all newborn boys. The music in this scene illustrates almost every detail of the fear, triumph, hope, anger, and love of that moment for Moses and his family. I think the execution of the first scene is a major reason for the film’s success. You watch that first scene and there’s no turning back… you’re watching the whole thing.