Song of the Day: October 15 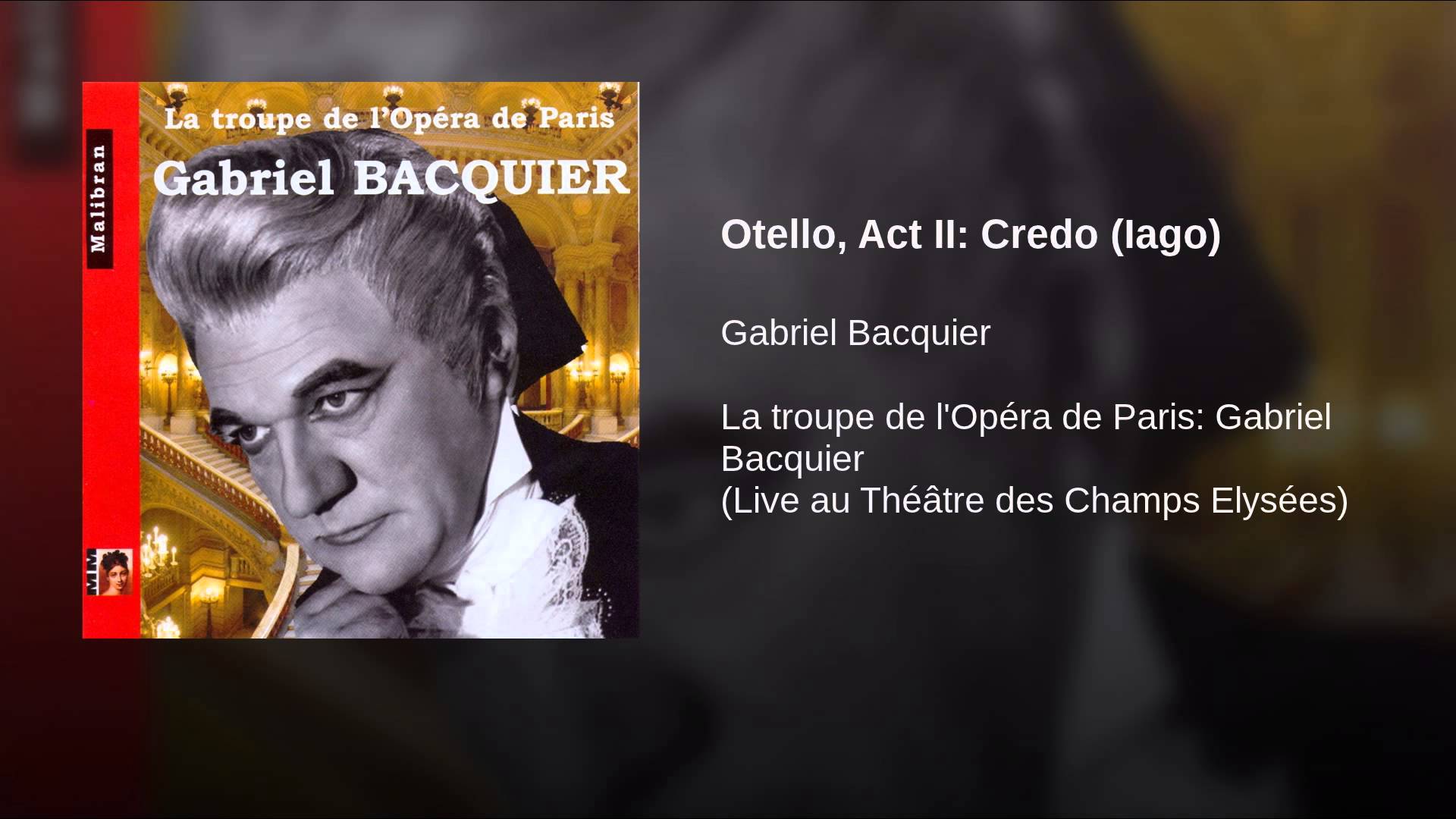 I came home from the Met’s Otello last night in a bit of a funk. The opera got a strong, rich musical performance from the chorus and orchestra, a bit on the mellow side for my taste but sophisticated and deeply musical. I esteem Yannick Nézet-Séguin highly, and any conductor whose role model is Carlo Maria Giulini has good taste in role models. But the new tradition, which seems to be about removing all the old traditions, leaves me cold. There’s no scenery-chewing, but there is also no scenery. The constant parade of Plexiglas boxes only emphasizes the sense of not being in a real place, and the low-energy acting performances look like a tech dress where everyone is saving it for the paying audience. The singing was pretty impressive, although dramatic tenor Antonenko’s voice is an acquired taste I am not sure I can acquire. He’s not much of an actor but he really, really tried. But I am not used to seeing Iago, one of the most mysterious, demonic, inexplicably twisted characters in all of literature, played as a disaffected building superintendent who won’t fix your plumbing until the UPS guy brings the hardware he ordered.

I heard some wonderful Iagos back in the day, but the one who sticks in my imagination is Gabriel Bacquier. He walked onstage and the temperature in the hall dropped ten degrees. I don’t know how he did it, but the mental illness of the character and the veneer of normality made him the most menacing villain I ever saw in the theater. Here’s his “Credo” from that production.