Song of the Day: November 9 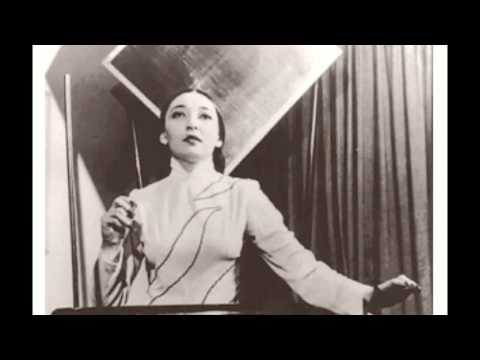 This week’s Song of the Day curator is composer and thereminist Dalit Warshaw! Dalit is also performing with NYFOS this week in our concert From Russia to Riverside Drive: Rachmaninoff and Friends, yesterday in Boston and tomorrow (Tuesday, Nov 10) at Merkin Concert Hall at Kaufman Music Center. A few tickets are still available if you want to hear Dalit in action on theremin along with soprano Dina Kuznetsova and baritone Shea Owens.

The Russian Soul of the Theremin

First of all, let me open this post by expressing how honored I am to be writing the NYFOS blog for this week! I look forward to sharing with you a variety of theremin-related information, musings and music. Also, as a composer previously commissioned by the New York Festival of Song in 1996 for the program of Brahms Liebeslieder and “American Love Songs,” I am thrilled to be working with Steve Blier and Michael Barrett again, this time as a thereminist! One might argue that the theremin can be heard as an altered, superhuman version of voice: while the instrument is far more recognized as the voice of early sci-fi movies such as The Day the Earth Stood Still, figuring prominently in the film scores of Miklos Rozsa and Bernard Hermann, this extraordinary early electronic instrument can indeed be as much a conveyor of the deep Russian spirit, melodic lyricism and harmonic richness of Rachmaninoff and his musical world. And so, this particular program provides me with a lovely indulgence into the theremin’s latent vocal soul, a potential operatic presence unfettered by limitations of range, register, even gender!

The theremin is something of a paradox: while it is the forerunner for so many subsequent technological inventions ranging from high security alarm systems to the synthesizer, it also remains the electronic instrument most sensitive to human presence, despite the fact that it is played without being touched. Attached to its body are two metal antennae that each control a radio frequency oscillator, and that sense the presence of any object serving as interference within the electromagnetic field (in this case, the player’s hands). One antenna controls pitch (usually manipulated by the right hand), the other volume (typically conducted by the left hand). Playing the theremin presents its highly unique challenges and marvels, among them dealing with its imaginary, fluctuating aerial fingerboard (for which having absolute pitch is preferable). Also, dynamics and articulations are achieved inversely, as the default state of the instrument – when at rest – is sound, the hand carving away at its negative space much like a sculptor chisels at stone, through interference within the electromagnetic field.

I would like to introduce to you all the sublime musical poignancy of Clara Rockmore, as she interprets Rachmaninoff’s Vocalise on the theremin, accompanied by her sister, the divine pianist Nadia Reisenberg. A former violin prodigy and star student of Leopold Auer until an injury to her bow arm compelled her to abandon violin performance, Clara’s theremin performances can be heard as virtual translations of her violinist’s intuitions; one could almost decipher the distinctions of bowing at the frog or at the tip, the positional shifts, a limitlessly subtle palate of vibrato, all through an elaborate system of “aerial fingering” and positions deciphering pitch, dynamics, timbral nuance and expression, within nothing but air.