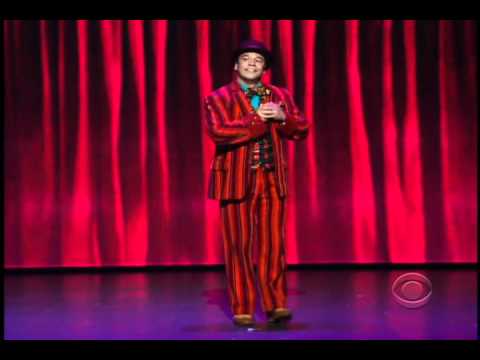 For me, “Follies” is the greatest of all modern musicals. But it’s almost impossible to get it just right in production. James Goldman’s book is difficult—brilliant but somewhat flawed—so it needs a subtle, clever director. The cast is large, and everyone, from supporting players to leads, has to have depth and a fierce kind of pizzazz—there are just too many moving parts (as it were). The scenic elements are crucial, and so is the lighting which creates the double time-frame of the action. But the score is brilliant; the lyrics show Sondheim at his absolute finest; the mix of real-time scenes and out-of-time scenes gives the work an almost Proustian quality, especially in the second half. Even in a half-decent performance the story gathers a cumulative weight that is devastating. Perhaps I react so strongly to “Follies” because I first saw it with my very first boyfriend when I was the age of the ghosts (19 years old). Now I am the age of the married couples (or even a bit older), and most recently saw it with my husband. When I was younger I perceived but didn’t feel the theme of the passage of time, the way even our good choices can eventually become prisons. Now I blubber like a baby throughout the show.

The recent Broadway revival had its problems, but it did boast one breathtaking performance: Danny Burstein as Buddy, a role that is almost always under-cast. Danny found depths in this rather shallow character—reservoirs of anger and hurt under the façade of a schlemazl. Here’s his second-act showstopper, “Buddy’s Blues,” in which he turns his failed marriage and his unsatisfying adulterous affair into a brilliant vaudeville routine. (Danny’s on Broadway now as Tevye in “Fiddler.” Can’t wait.)

For another view of Buddy, here’s Mandy Patinkin in a famous performance from the late 1980s at Lincoln Center:

← Prev Post: Coleman: If You Hadn't But You Did Next Post: Gershwin: I Can't Be Bothered Now →
Selected posts in the Song of the Day category