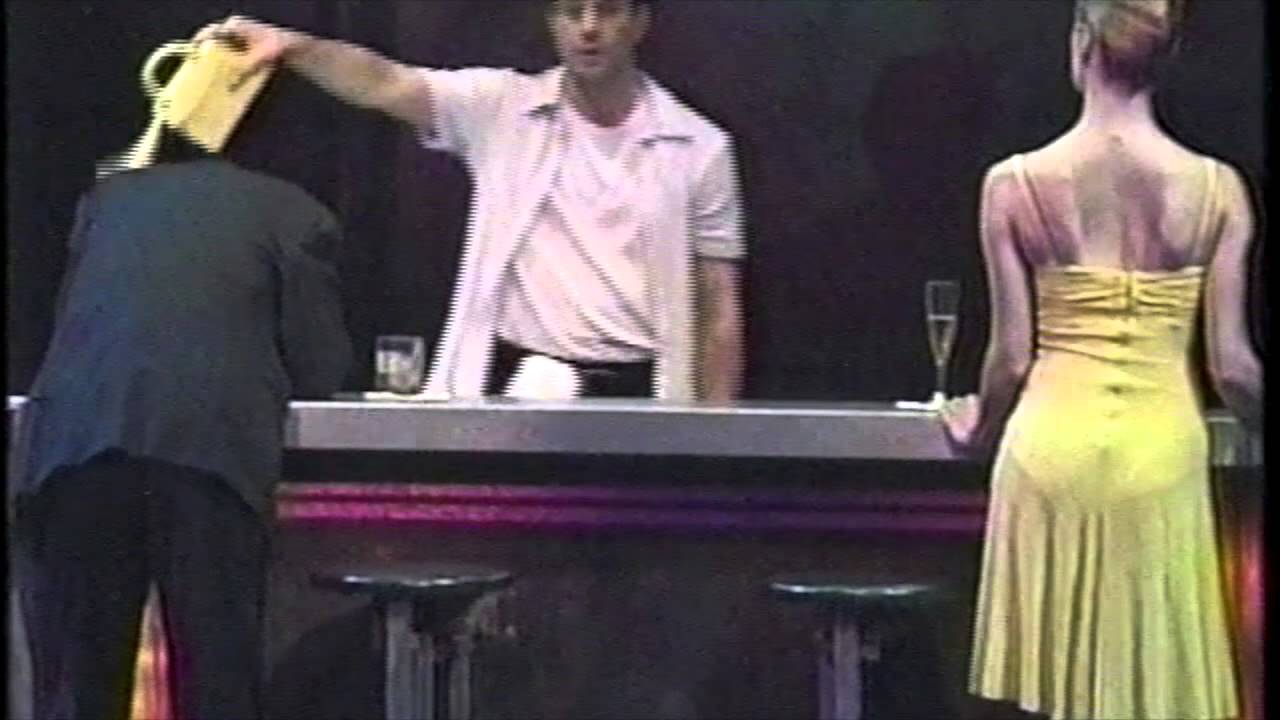 We have tickets to see American Dance Machine for the 21st Century next Saturday night. They are a group that revives classic dance sequences from musicals, and apparently they do superb work. In the last few years I have discovered a primal relationship to Broadway dancing, and when those hoofers go into action I usually burst into tears. So I’ve decided to ring in the new year with a week of exuberant song-and-dance videos. For a guy in a wheelchair, they are as cathartic as any Mahler symphony.

First up, the third segment of the Tony-winning musical Contact, which I saw twice when it played at Lincoln Center Theater in 1999. I enjoyed parts one and two very much, but Act III made my heart race. I was seeing my own story onstage: a guy who mostly lives in his head is forced to compete with a group of swaggering men who are bigger, more confident, and better-looking than he. Most of all, they can dance with breathtaking virtuosity, and he is terrified to move. But the hero is desperately attracted to one of the women at the bar, and the only way she’ll give him the time of day is if he dances with her. Otherwise, she’ll grab her yellow purse and leave him hanging. It’s all about overcoming the fears that keep you from moving.

The performances are magnificent, the music is divine (Benny Goodman, The Beach Boys, Robert Palmer, Dion, and The Squirrel Nut Zippers), Susan Stroman’s choreography dazzles. And in the ensemble, there’s my favorite Broadway dancer, Séan Martin Hingston (in a white sleeveless undershirt): can’t take my eyes off him. When he dances, I feel as if I am dancing too.

← Prev Post: Strauss: The Composer's Aria Next Post: Coleman: If You Hadn't But You Did →
Selected posts in the Song of the Day category