Song of the Day: December 2 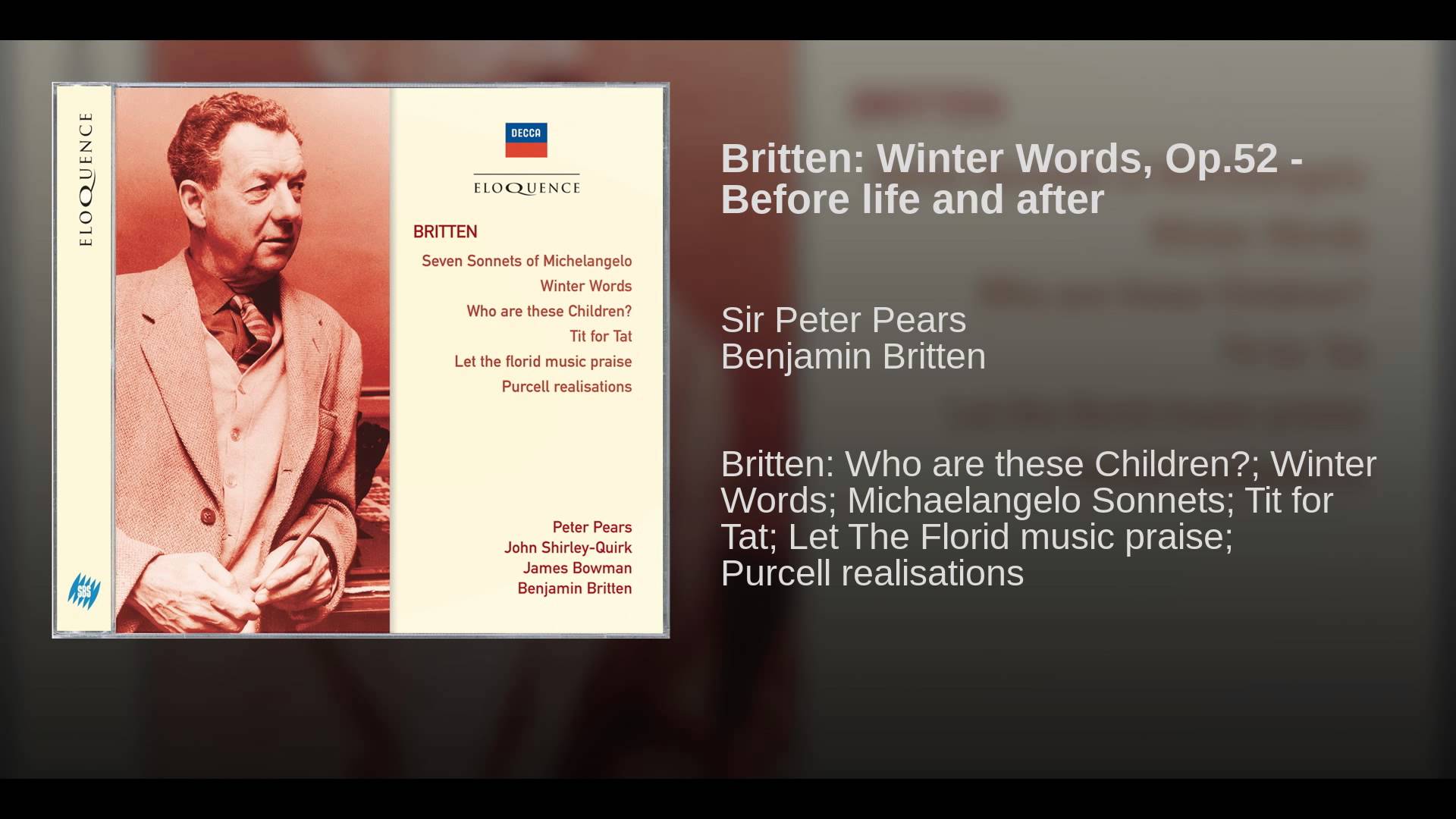 I am not a scholar.  I realize that this sentence is painfully obvious to you, my #nsisfu friends, but I just want you to know that it is equally obvious to me.  I am a performer, and everything that I read, think, say, or write about music, songs—most things really—are at the service of that calling.  I am writing this disclaimer because the whole thrust of my interpretation of Schubert’s “Die Taubenpost” is pretty specious. The point I would like to make—but it is also a question I’d like to raise to all of you—is that as a performer, I find that I have to find a personal connection or pathway into a song and discover a distinct interpretation based on that mental journey in order to perform it successfully.

Not everyone will agree with this including audiences and other performers. For example, I recently listened to an interview with Mark Padmore—an artist I greatly admire and one who has devoted his career in large measure to performing art song—in which he argues at the 15” mark about performing lieder that “the job really is to present the music and present the piece to an audience for them then to make up their minds rather than to do an interpretation that tells them that ‘you must understand it in this way.’”  I appreciate his point and the deep respect for the music that undergirds this philosophy.  I can’t, however, execute this approach in performance because I am never not an audience of the song myself.  I don’t wish to force my view of the song on anyone, but I also choose not to be an empty carafe to convey the score from its source to its consumer.  My carafe is half-full (optimist that I am) and what gets poured out into the audience’s cup is a blend of the song and me.

And this is the special responsibility that I have to myself and to my audience when programming a song recital.  I must only program songs that resonate with me and to which I have something to offer.  For example, I really love Britten’s Winter Word and I long to perform it, but I haven’t figured out a way to stand up and sing “Before Life and After” and mean it. And I love the song! I just haven’t been able to put what I have viewed as a misanthropic worldview in my voice and not be untrue to myself.  The earnest yearning of Britten’s setting doesn’t leave room for irony or distance. My views are evolving, though, and I think I might be able to get behind this song someday if I do enough yogic meditation.  But I won’t perform the cycle until I can resolve the dissonance between myself and the message I perceive in those words and music.

But sometimes a song such as “Die Taubenpost” strikes me in a powerful way that I can’t quite explain to myself.  This is often when my imagination kicks into gear to provide the narrative or intellectual hook that I can grab a hold of before shoving offshore into new waters with a song. (Sometimes I turn into Peter Grimes and the song is my apprentice—too much thinking can destroy a song.) To find that hook, I sometimes invent shit.  So what?

One such invention is that I imagine Schubert and Mayrhofer were lovers. Ok, well if it makes you more comfortable, maybe more like in a Sebastian and Charles.
Of course there is no documentary evidence of such a relationship and it was as likely (or more likely, I’ll concede) as not that anything approaching romance between the two existed. But whether this notion is fact or fiction is immaterial to me as a performer and certainly will not inhibit me from drawing on the imagined complexity of these two artists’ personal relationship to inform my emotional and intellectual understanding of Schubert’s settings of Mayrhofer’s poems. Maybe it’s a tool for me to project my own feelings into their songs and poems. All the better if it enriches the life of the song inside my own mind and subsequently inspires my musical and textual presentation.  I am not going to write anything remotely suggesting this imagined romance in something as serious as a program note, nor would I admit to it to any gentiles (i.e. those who don’t read this blog). But for whatever reason, I imagine these two massively talented, somewhat volatile young party boys brimming with passion for life and art and politics and each other’s creative efforts until the inherent instability of such a relationship tears them apart.

But joking aside, Schubert’s setting of Mayrhofer’s “Abschied,” for example, coincides chronologically with Mayrhofer moving out of the flat they shared, and in my imagination this was because they broke up.  What else could account for such a reluctant, mournful farewell as this?

Well, Graham Johnson’s typically assured and well-researched take could.  But when I stand on stage and sing this “Abschied,” I am Schubert and I am Mayrhofer singing to one another as they go their separate ways.  No one in the audience knows that (and please don’t tell Graham Johnson) but I am able to tap into something specific and palpable that makes the experience of the song meaningful and personal to me. Isn’t the pursuit of such an experience why we listen to songs in the first place?

In my early, more casual days of listening to Schubert, I had heard “Die Taubenpost” several times and I always found it lovely, pleasant, and extremely well-written.  But I didn’t conceive of it as the overwhelming emotional powerhouse that I did after I encountered this version of it:

By the end of this seemingly munter and froh song, Hermann Prey had me absolutely balling my eyes out, overwhelmed with sadness.  Of course I rushed to learn more about Hermann Prey and what sadness might have been inside him, but more importantly what sadness he connected to in this song.  So I read up on “Die Taubenpost” and discovered it was the last song Schubert ever completed, and he likely put the double bar lines on it within days of his death. No wonder there is such an undercurrent of mourning.

To get to the nut of what was going on in this song I had to determine two things: 1. Who or what is the pigeon? 2. Who is the “Liebsten” that the pigeon visits on the personas behalf? What is important in answering these questions is that the poet, Seidl, and Schubert may have different answers to this question, so let’s assume that Seidl meant what he writes and the pigeon is a metaphor for this idea of Sehnsucht.  What Sehnsucht is would make for at least another five blog posts so I’ll let the dictionary definition suffice for now.  But knowing Schubert’s circumstances when he wrote it, and knowing how carefully and deliberately he chose the texts he set to music, this text must have been of major importance.  I’ll let my imagination tell me that this poem somehow summed up Schubert’s sense of his entire life.  Of course, given the elaborate relationship arch I have created between Schubert and Mayrhofer, a thought I had was that perhaps the beloved in question is Mayrhofer himself, or maybe Schubert’s soul mate, his one true love.  Perhaps it represented all those he loved in his life: friends, family, lovers.  Maybe he meant life itself. Perhaps Schubert sees himself already on the other side of death and the distance his tireless bird flies is between the two realms.  AH HA! There’s an idea, Paul! In this case, the bird can easily function as its stated metaphor of longing tinged with nostalgia and regret for a loved one lost, or for the very past itself. But to me, I think it is something more too.  I believe that the pigeon for Schubert was his very music itself—of course since this is my imagination and my fantasy, the bird is his songs.  A bird sings, after all.  Schubert, despite mourning the loss of his still-young life, found something jangly in G major that spoke to the hope that he would live on through his music.  His gift was his trusty friend all his life through happy times and sad, health and sickness.  I like to think of this song as a thank you note to whatever that gift in him was.  I am getting moved just writing these ideas out! Is that what Schubert wanted to say?  I don’t know, but that’s what I hear, and that’s what I sing.