Sarah Vaughan sings “Thanks for the Memory” 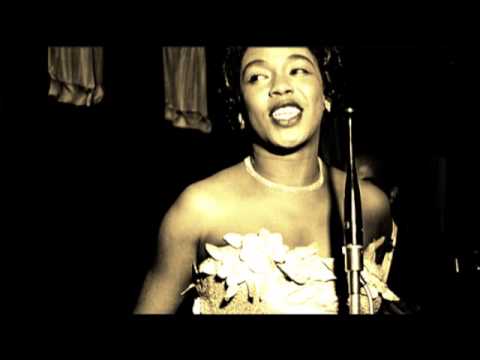 Sarah Vaughan’s voice became one of the objects of my jazz obsession in college, where I was spending far more time than was probably good for me singing jazz in an a capella group called Redhot & Blue.  (The arrangements were great. Don’t judge.)  With the high musical standards of this group (no, really!), I learned how to scat, bend a phrase, sit on the back side of a beat and speak my heart on pitch — you know, SING. On occasion, I would lose my words in the middle of “Night in Tunisia” or some other song (English has always been the most difficult language for me to memorize!), so I would be faced with the choice of stumbling or trying to scat my way out of it. This rendition of “Thanks for the Memory” bears witness to the fact that even the greatest of the great can get blocked on the words. (Ironic, given the title of the song.) She restarts the song a few times, and then lets loose at the end in a brilliant and rare Sarah scat, where she mimics Ella and laughs at herself. I think any musician who has to grapple with memorization can sympathize with her struggle and admire her genius.