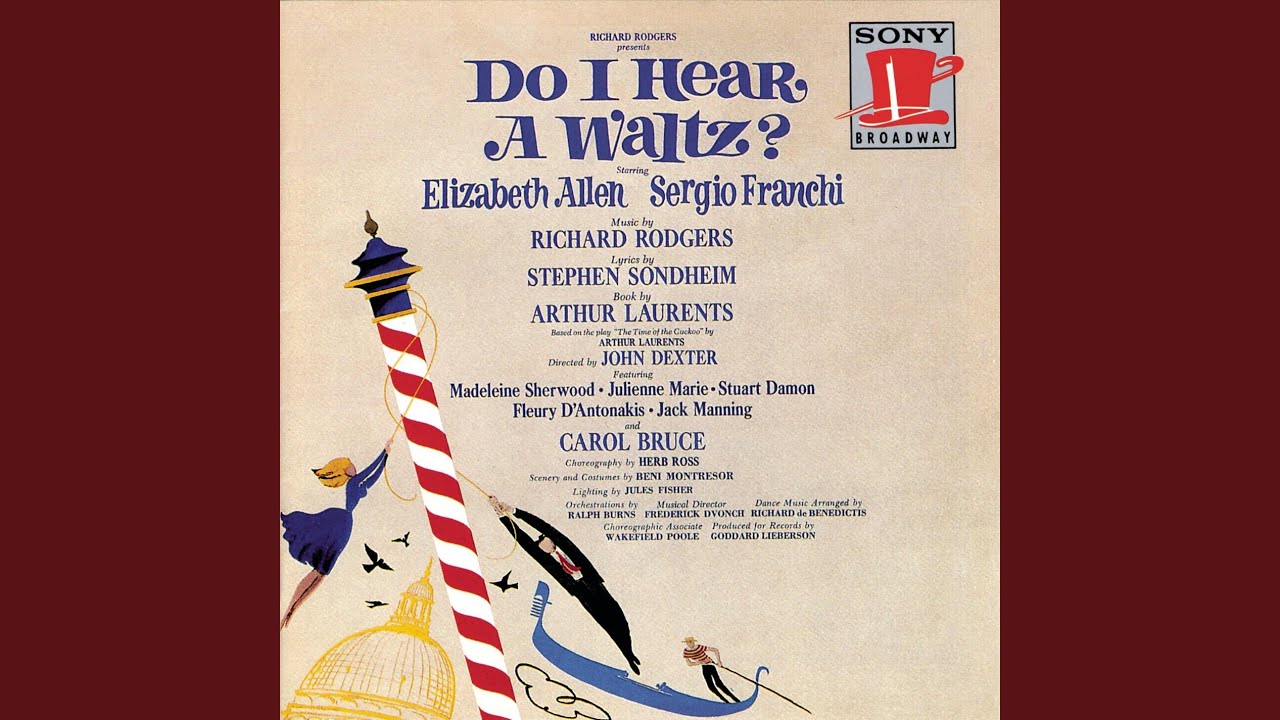 This week we are re-sharing a week of posts from our first summer of Song of the Day! Today’s post by Steven Blier originally ran on July 21, 2015.

Right now I am at Wolf Trap working on a concert devoted to the Rodgers clan—songs by Rodgers with both Hart and Hammerstein, along with music by his daughter Mary Rodgers and his grandson Adam Guettel. The comforting, lyrical Rodgers sound is 180-degrees from all the clangy Beatles songs I’ve been cramming into my brain. It’s been rewarding to see this great composer treated with the respect he deserves, in the wake of two smash-hit Broadway revivals, South Pacific and The King and I. Rodgers may never be cool, but he’s supremely warm—a man with a genius for melody and a perfect instinct for putting words and music together. For the Wolf Trap show, I programmed a lesser-known Rodgers ballad. The lyrics are neither by Hart nor Hammerstein, but by the young Stephen Sondheim for their one collaboration, the 1965 Broadway musical “Do I Hear a Waltz.” Theirs was a marriage arranged by the late Hammerstein and Mary Rodgers, and like many such unions it was not a happy one. Rodgers was on thin ice psychologically after Hammerstein’s death; he treated Sondheim very badly, and in a fit of territorial pique barred the book writer Arthur Laurents from rehearsals. Amid all the discord the show’s director,  John Dexter, essentially abandoned the project, leaving it to his assistants and to the choreographer’s care. Still, with Rodgers and Sondheim at the helm there were bound to be some great songs, including this blockbuster that brought down the first-act curtain: “Take the Moment,” introduced by Sergio Franchi. A handsome man with a beautiful tenor voice, Franchi seemed destined for the same stardom as Mario Lanza. Alas, he was not much of a stage actor—better heard on recordings or in a Vegas act than in a musical or a movie. But for the 3.5 minutes of “Take the Moment,” he does sound like the Italian lover many people dream of.

And an added bonus: Franchi and Julie Andrews singing a duet version of “Mon coeur s’ouvre à ta voix,” from “Samson et Dalila.” She takes the B-flat, he doesn’t.

← Prev Post: Shirley Verrett sings "He's Going Away" Next Post: The Beatles: Julia →
Selected posts in the Song of the Day category