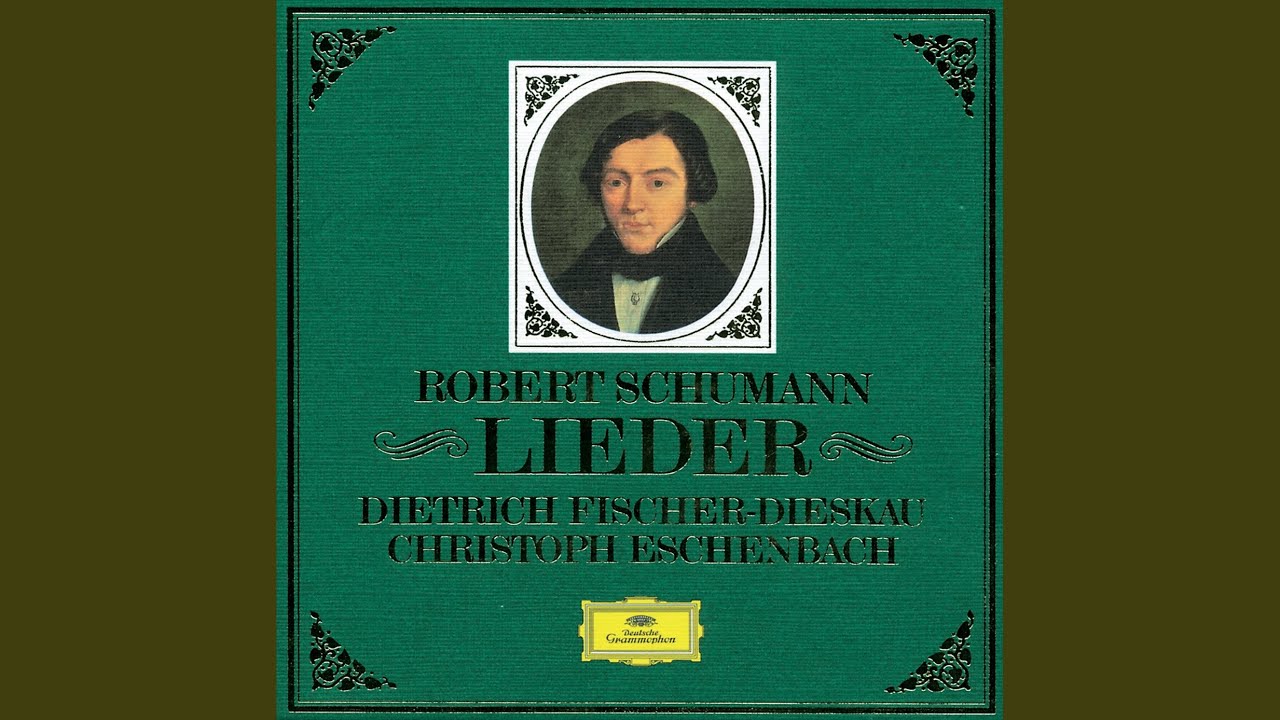 English Translation by Sharon Krebs
It has become so quiet.
The evening breeze has rustled itself out.
Now one hears everywhere
The footsteps of the angels.
All around darkness sinks
Powerfully into the depths;
Cast off, heart, what grieves you
And what makes you anxious!

Now all about the heavens
The stars stand in majesty.
Along the old, firm pathway
The golden carriage is travelling.
And like the stars, it directs
Your way through the night.
Cast off, heart, what grieves you
And what makes you anxious!

I close out Moon Week with another lunar Schumann setting. To be honest with you, this poem is not at the same caliber of Byron, Verlaine, or Sandburg, but the exhortation at the end of each stanza to the worry-sick heart is enough to get me verklempt. As we have seen in this week’s song selection, the moon can be about reflection, romance, fear, loneliness, etc. So let me end with the consolation of the moon found in this song: constancy. Everynight the moon is different. Some nights it’s not there at all. But every month (or whatever) the moon passes through the same cycle. You can google when the next blue moon will be, or the dates of all the full moons in the year 2180. The moon’s constancy serves as a kind of subliminal assurance that yes, you ARE standing on the planet Earth and nature is running its course just like you were told.

In this age of artificial intelligence, climate catastrophe, and Covid-19, I find myself thinking about these phenomena as external natural forces that we need to control. We are on the outside looking in at nature trying to solve the problems it casts our way. In a sense, the human species has dominated life on this planet for the last 50,000 years or so thanks to our big brains. We have been able to hack our natural environment and adapt faster than other life-forms. But this perspective has a blindspot, namely the illusion that we are somehow separate from nature. Despite our high self-regard, what the Greeks would call hubris, we are as much a part of nature as every other particle in the universe, and our atoms and cells abide by the same rules as all the rest. Apologies for sounding so literally sophomoric (like, high school sophomore), but I see a parallel between the trick we play on ourselves in seeing nature as something we can control and manipulate to our benefit and the trick we play on ourselves in believing we can control our lives enough to keep our feelings from conquering us. The moon keeps showing up just like it always has (well, certainly as long as you’ve been aware of it anyway) no matter what you do. The calmness I feel when I look at the moon comes from its subconscious relief that the world will keep spinning with no regard for my actions. All the energy I put into striving to control my fate is an exhausting hamster wheel. The moon reminds me that it’s ok to give all that striving a rest sometimes. So yeah, heart, go ahead and cast off your anxiety, it’s gonna be ok.

I try not to use Fischer-Dieskau for posts like this because I know if by chance you haven’t already heard his version of the song in question, his aesthetic approach is so steadfast that you probably won’t hear something in his interpretation that gives you something new. But I had to use him for this song because he and Christopher Eschenbach’s performance is so French, lol. This two-against-three rhythmic motif going on in this song makes me think more of Debussy than any German composer (although the Lutheran chord voicings are unmissable). Thinking back to my post on Fauré earlier this week, I think this song works so much better emotionally and musically if the performers play it pretty straight. The Romantics’ approach to this late Schumann song is an understandable, even traditional choice, but I always find the rhythmic precision in a complex meter like this provides greater tension and energy underneath the text. Furthermore, as I suggested earlier, this poem isn’t served too well by trying to make more out of it than is there, so singing it more squarely with less rubato helps. But even if the poem were stronger, the whole point of the text as I understand it is that the moon (the golden carriage) keeps flying through the sky at the same pace over time. Despite our belief that we can conquer nature, we are entirely beholden to the same cycles of nature as the moon and there’s a good measure of tranquility to be found in accepting that. Rather than fussing with the placement of that upbeat that is also the third note of that triplet to mine some magical expression, just let it flow like DFD. Appreciate the distance from the moon that allows you to see its beauty.