Rob Mathes: The Rose, The Lily, The Sun, The Dove 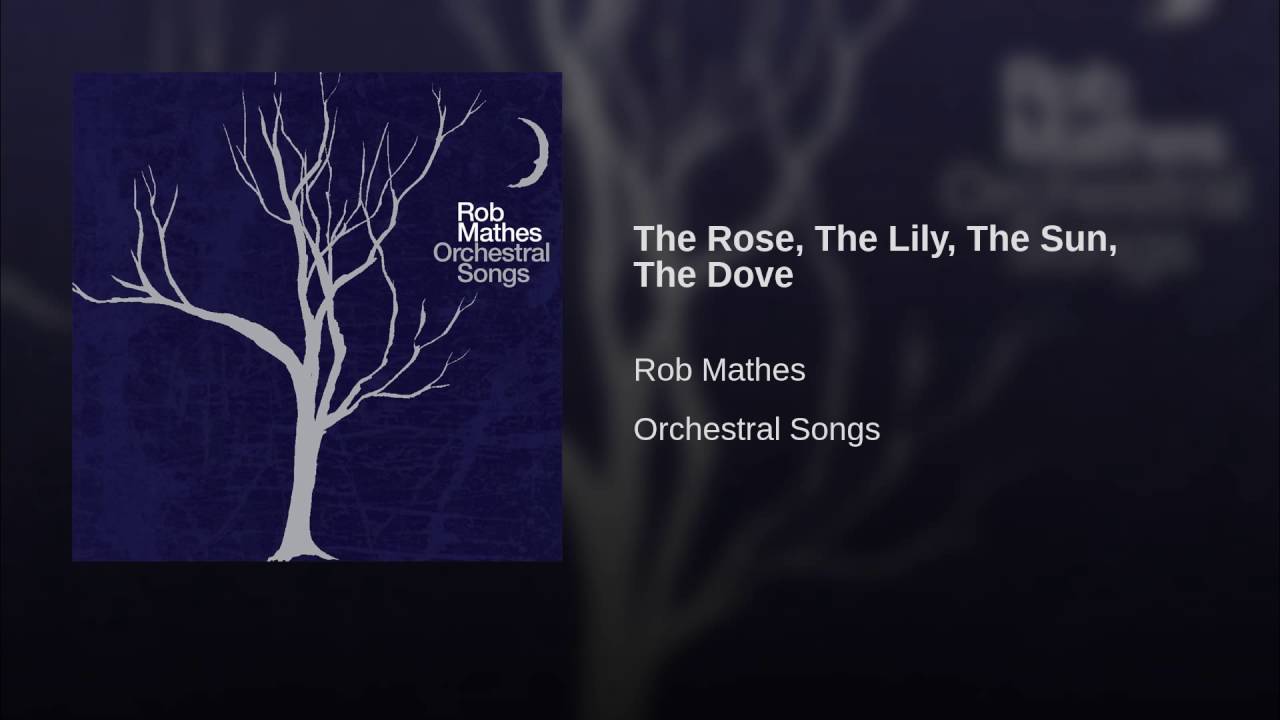 A few years ago, a friend of mine gave me an album entitled Rob Mathes: Orchestral Songs. Those familiar with this CD will no doubt nod in agreement when I tell you that it is not the music to put on when you are multi-tasking—this music compels you to stop. And really listen.

Besides being knocked out by the fact that Mathes composed, sang, arranged and conducted every note on that album, I was also struck by the way some of the songs reminded me of the work of Adam Guettel, the third of the three composers being honored by NYFOS in their “Rodgers, Rodgers & Guettel” concerts this week. Guettel and Mathes seem to share a musical freshness, and I found myself tallying up the similarities—they both display marvelous rhythmic diversity, a rich and satisfying quicksilver sense of harmony, and a classy pop sensibility that manages to be complex and yet romantic at the same time.

Mathes’ “The Rose, the Lily, the Sun, the Dove” is a translation of a Heinrich Heine poem that Schumann fans will recognize as the text for the third song in his Dichterliebe song cycle. Like so many Guettel songs, this Mathes piece displays his ability to write a compelling romantic melody that soothes one minute, drives forward the next, and is as stimulating to the ear as it is…well, just plain fun. And all fused with his plaintive pop voice and those superb orchestrations.

A monster musician, Mathes has worked with many of the biggest names in the music business, from Luciano Pavarotti and Renée Fleming to Elton John and Sting. And, not surprisingly, he is a fan of Guettel’s work. In a blogpost from 2010, when Mathes was producing a record for The Light in the Piazza star (and Glee guy) Matthew Morrison, Mathes couldn’t help but gush, “That score is just beyond belief,” he wrote of Piazza. “The moment at the end, where the reprise of the arching ‘Light in the Piazza’ melody comes back, is to me one of the great moments in theatre since Sweeney Todd.”

The Rose, The Lily, The Sun, The Dove
Music by Rob Mathes
Poem by Heinrich Heine (trans. unknown)