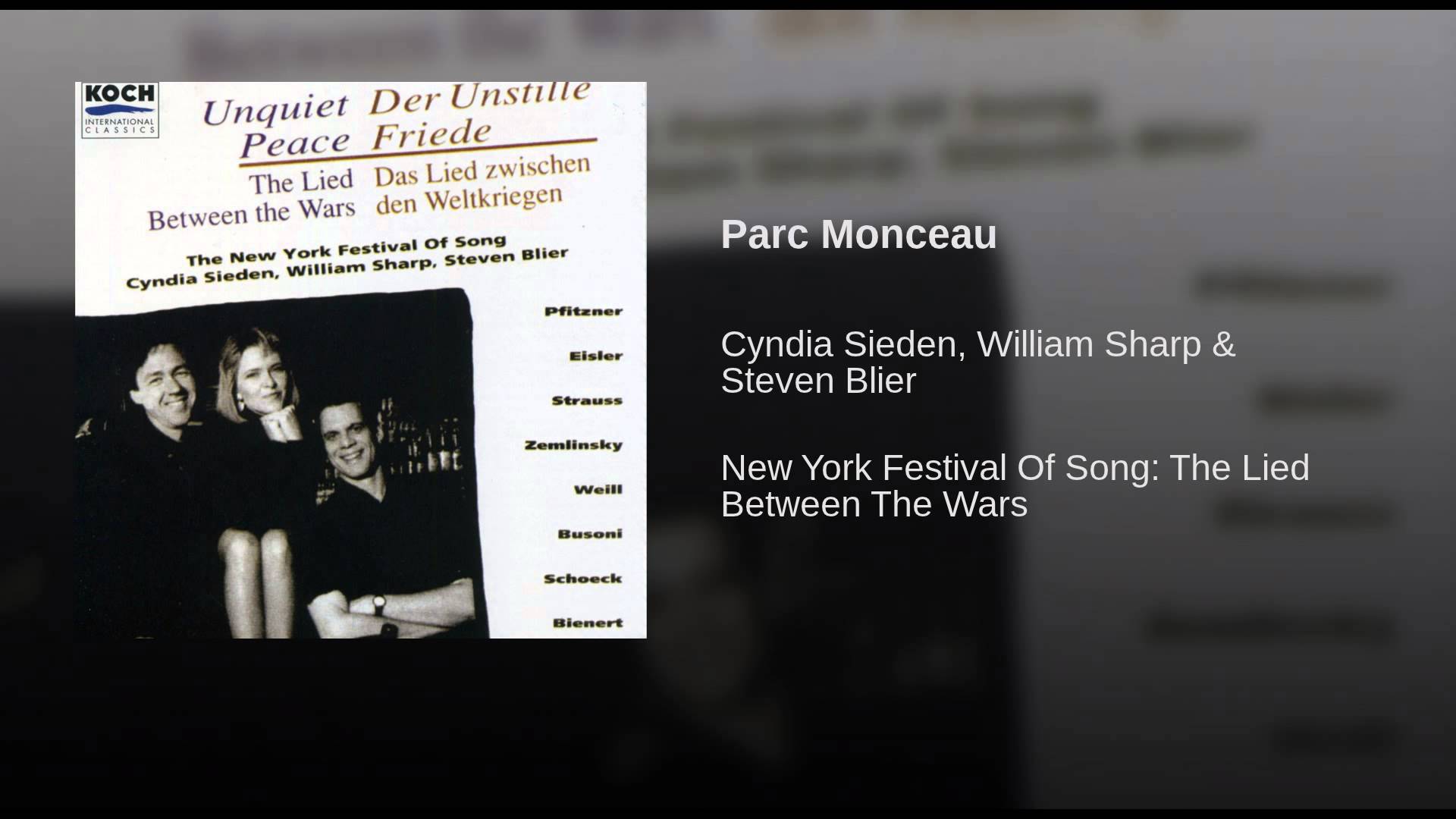 From the liner notes by Steven Blier:
The poet Kurt Tucholsky may be unfamiliar to many Americans, but he enjoyed great popularity in his day; in Germany his works have assumed the status of classics. He was a German-Jewish writer, one of the great political and social satirists of the early part of the twentieth century. An ardent pacifist and anti-fascist, he was described as “a chubby little Berliner who tried to stem the catastrophe with a typewriter.” A number of his poems were set by Eisler; more colloquially, his words were put to bewitching cabaret-style music by the Berlin band-leader Olaf Bienert. “Parc Monceau” was probably written around 1924 while Tucholsky was on holiday in Paris, but its message of an unspoken menace in his homeland, beautifully and economically captured by Bienert, was all too prophetic. Tucholsky lost his German citizenship in 1933, and committed suicide in Sweden two years later. He had already seen too much.

It’s lovely here, here I can dream peacefully; here I’m a person, not a “civilian.” I can go left if I want, and there are no signs that read “Verboten.”
A soccer ball lies on the grass: a bird tugs on a shiny leaf; a little boy digs around in his nose and is delighted with what he has found. Four Americans pass by, to check out whether there really are trees here, as it says in their Cook’s Tour Book. Paris inside out! They see nothing, and must see every sight.
The children play boisterously on the pebbles, the sun shines and glints off a roof. I sit quietly, and let the sun warm me, and take a rest from my homeland.