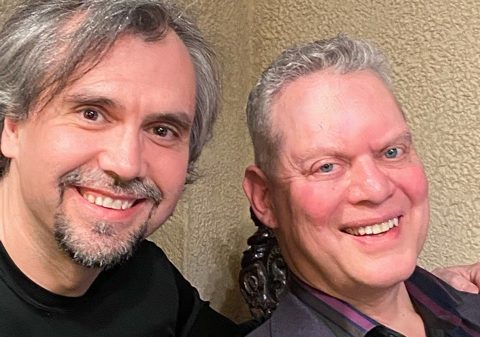 We complain about all the Zoom lessons and What’s App meetings we’ve had to endure in the last two years,  but they can also be a blessing. Case in point: yesterday, when Meredith Wohlgemuth and I had a Catalan coaching with our guest teacher, Albert Carbonell. Two years ago Albert had come to Caramoor to work on Montsalvatge and Toldrà songs, and he won all hearts. He’s one of the sweetest, kindest creatures on the planet, and he has a deep connection to Spanish song. When you work with him, you know you’ve arrived at The Source. This time around, he couldn’t be with us in person—he was in Valencia where he is looking after his ailing father. But what a treat to have Albert back in the Music Room at Caramoor, even if he was merely a talking head on Mer’s iPad.

Just seeing his face—and his mane of salt-and-pepper hair—grounded us in the Montsalvatge song. It’s called “Paisatge del Montseny,” and it talks about a place near Barcelona where there is a kind of retreat, a park meant for meditation and relaxation. A place to breathe pure air and reconnect to nature. The song manages to evoke the magic of this mountainside sanctuary in three perfect minutes—“a moment of eternity,” as the poet-priest Padre Ribot put it. Albert inspired us, and I think that he too was touched by our performance (“I’m near tears,” he confessed). After all, it was Montsalvatge’s 110th birthday. “And his music lives on,” he sighed. “It is so meaningful to me.”
Mer’s Catalan was pretty damned good—the only problem was that the unaccented “a” and “o” vowels are hard for non-natives. They’re pronounced like “uh,” a nebbishy sound that is hard to get right, especially for someone trained to get perfect, round “a” and “o” sounds in every other Romance language. “Don’t worry, there are parts of Catalonia where they say it your way. I’m from Barcelona, so…” We got the point. We’re on it.
Natalie’s song is in Spanish—“Después que te conocí”—so she didn’t need a Catalan lesson. But it is by Eduardo Toldrà, one of Albert’s favorite composers. I asked her to sing it for him, and just seeing his rapt face on an iPad seems to have inspired Natalie and Francesco to a performance of greater charm and delicacy than the one I’d heard just 18 hours earlier.

I have not spoken much about Francesco Barfoed, the Rising Stars pianist we took on board this year. I’ve been blessed with some beautiful four-hand partners in the last few months. It doesn’t get much better than Joseph Li and Shawn Chang, who were by my side for recent projects. Francesco is right up there, a dream colleague.

When I was starting out, I used to get a compliment from singers that drove me up the wall: “You were so wonderful, I didn’t even know you were there!” Apparently I had an ability to hook into another musician’s sonority and tempo in such a way that they felt free and supported. My father never told me I played well. But he did say, “When you play, everyone sings better.” Of course, I didn’t want to be the Disappearing Pianist—I wanted to stand out. But I seemed to have a gift for ensemble, and people liked it well enough to help me forge a career. 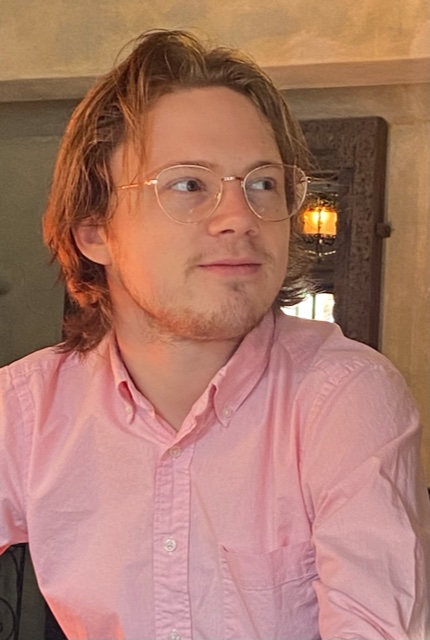 I now understand the beauty of that skill, because Francesco has it too. When we’re playing together I have a similar feeling that he’s not there, and for a good reason: he is making exactly the sounds I want to hear, hooking onto my rubato and dynamics like an extension of myself. Or am I an extension of him? Impossible to tell. In any case it is an uncanny experience, particularly since we are relatively new to one another as collaborators. I am very grateful to him.